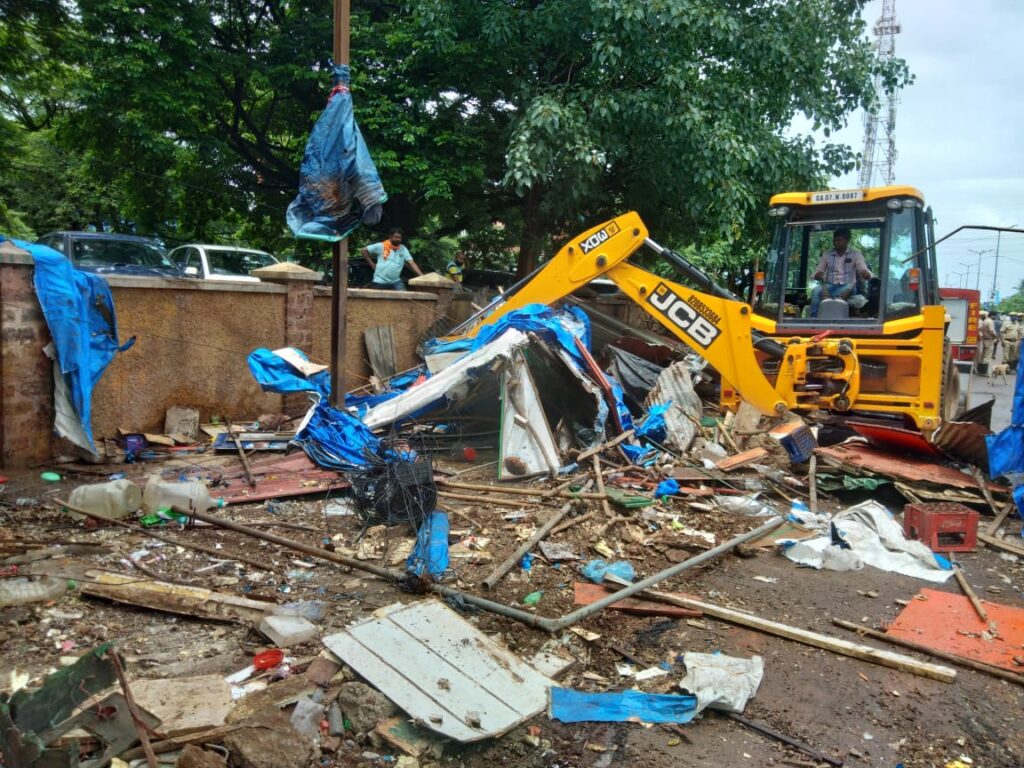 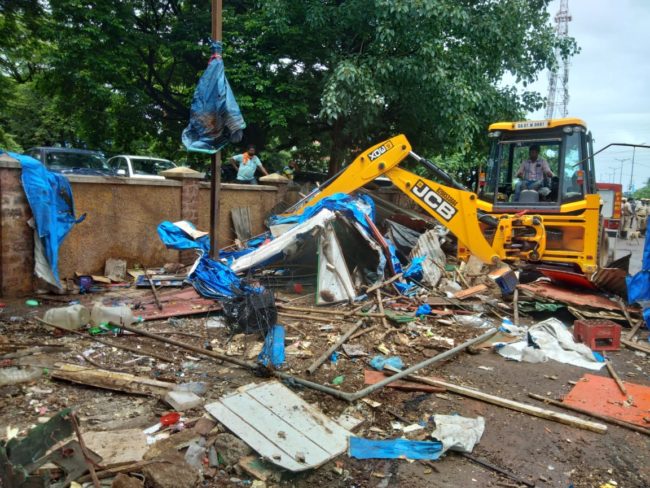 Goemkarponn Desk
BAMBOLIM: Around 17 stalls outside Goa Medical College (GMC) & Hospital premises were demolished in the early hours today.
The shops were demolished using excavators and bulldozers in the presence of a large police force.
Citing a 2018 order, the deputy collector had last week issued an order to the stall owners and vendors to immediately vacate from the government property. 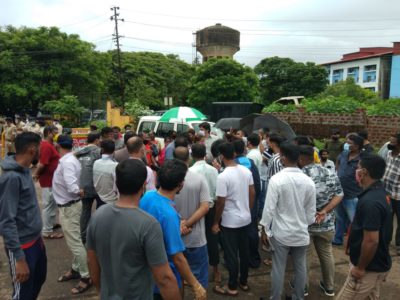 The order stated that the vendors had illegally encroached on the govt property without obtaining requisite permissions.
However, what is surprising is that the stall owners and vendors claimed that their delegation was assured by Chief Minister Dr Pramod Sawant yesterday that the stalls and kiosks will not be demolished and a decision will be taken in due course of time on rehabilitation.
The CM had also assured them of rehabilitation before demolition.
As per sources, the authorities had identified that stalls and kiosks that were set up and operating without a licence, while the structures of others had been illegally extended. 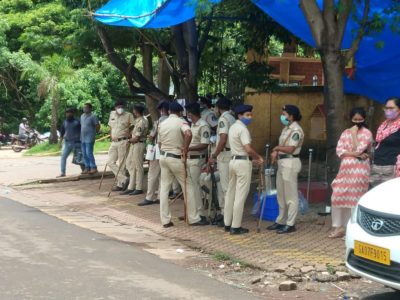 Stall owners today have urged the govt to relocate them to some other place and not to deprive them of their livelihood, especially as most were badly hit by the covid pandemic.
Later, the stall owners, whose structures were demolished during the drive outside, met St Cruz MLA Tony Fernandes and addressed their issues.
A vendor also came forward saying that he is having handicapped certification. and his part of the shop was legal.
“We are doing business here for the last 20 years, how can they remove us without a rehabilitation plan,” asked one vendor.
Vendors also criticised the local MLA Francis Silveira saying he failed to protect the interest of the people.
“He knew everything but has gone back on his words,” vendors said. 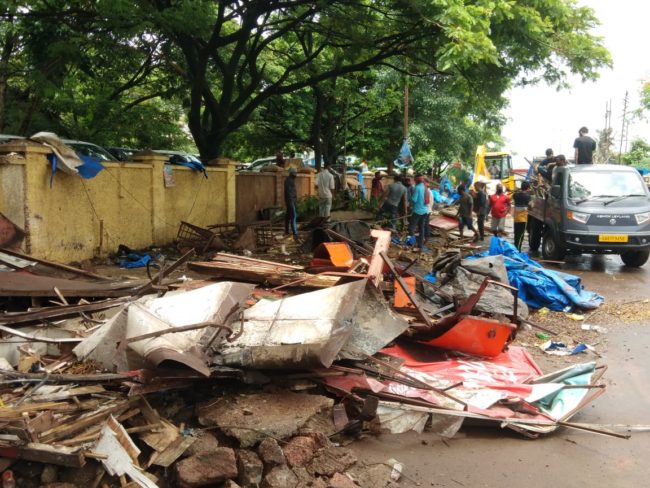 Goa Forward Leader Jagdish Bhobe who reached the spot demanded rehabilitation for the kiosks which were demolished outside.
“BJP Govt led by Pramod Sawant is never interested in the livelihoods of hard-working Goenkar’s! We at Goa Forward Party demand immediate rehabilitation for all those who had their kiosks demolished outside Goa Medical College so that people can get their jobs & earnings back,” said Bhobe speaking to media
However, some kiosk owners have expressed displeasure over the sudden action, claiming that they were not allowed to defend their structures.
When questioned why he had set up an immovable structure when he did not have permission to do so, he said that he had done so since most of the other kiosk owners had also built such structures.
A team from the Agassaim police station was present at the site to prevent any untoward incident during the demolition drive.