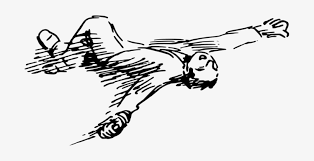 CANACONA: In a grusome incident, a Malkarnem resident has allegedly shot his wife to death with a gun at Agonda.

“Daughter of the deceased filed a police complaint following which the accused Alfred Pereira was arrested. Incident happened at 8.30 pm yesterday when the deceased returned home from work. The accused allegedly fired gunshots at point blank at his wife killing her instantly,” the police said

It was revealed that the husband of the victim, Mr. Alfred Pereira, age 43 years and resident of Molkormem, Quepem had marital discord with his wife for the past few years and had shot her while she was returning to home on the suspicion of having an extra-marital affair. He was arrested on 17/10/2021 owing to his confession to the crime.

The Police team with the help of the forensics team gathered evidence from the scene of crime. Scene of crime Panchnama was conducted in presence of two respectable witnesses. The weapon of assault was seized after being led by the accused.

The insensitive bjp government are “killers” of innocent covid patients,