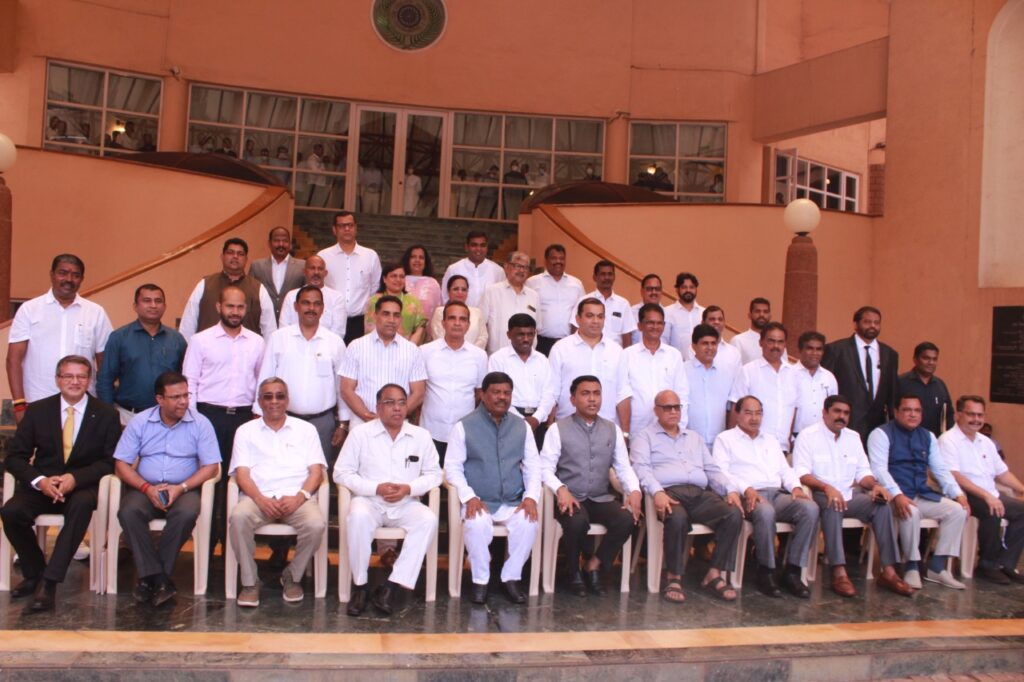 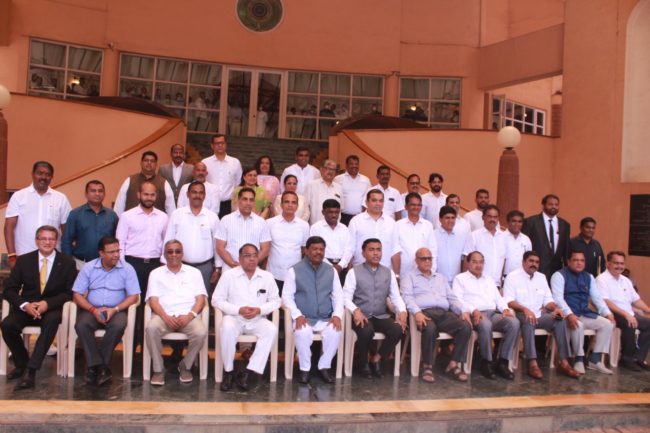 PANAJI: The newly appointed pro-tem speaker Ganesh Gaonkar administered oath to 39 MLAs today at a session held at Goa Legislative Assembly.
But, there was no indication on whether BJP, which retained power in the state by winning 20 of the 40 seats, will opt for Pramod Sawant to continue as CM or the party will name a new face for the post.
Goa governor Pillai had summoned the session of the state legislative Assembly today for new MLAs to take the oath.
When asked about the formation of the government after the day’s oath-taking ceremony of the MLAs, Sawant said that it would happen at the party’s legislature committee meet.
“Took oath as the Member of Goa Legislative Assembly in the Eight Legislative Assembly. I thank the people for their continued love and trust. I Will continue to work for the all-around development of Goa,” said Pramod Sawant.
Congress MLA Digambar Kamat today said that this is the first time in the history of Goa that MLAs are being sworn in without a government in place.
“I think it’s the first time in history; I think that MLAs are being sworn in without government in place,” said Kamat.
He further said that he does not know that the constitution mandates such a provision.
“We have to check in the constitution whether such a thing is allowed,” he said.
Kamat also informed that Girish Chodankar had resigned from his post of GPCC President and that his resignation has been sent to Congress leadership in Delhi.
On Saturday, incumbent chief minister Pramod Sawant submitted his resignation to the governor, paving the way to form a new government. He was appointed as the caretaker CM by the governor.
Rane said he could not confirm if Pramod Sawant would be the next chief minister and called it a ‘sensitive question’.
Meanwhile, the selection of ministers and chief ministerial face is still on hold. BJP’s central observers are yet to arrive in Goa, and a legislature meet is yet to take place.
The BJP won 20 seats in the polls to the 40-member Assembly, voting for which was held on February 14 and the results were declared on March 10.
The BJP, which has been promised support by three Independent MLAs, will stake a claim to form a government in the coastal state on Monday, sources had said.