“If elections are POSTPONED, appoint sarpanchs as administrators” 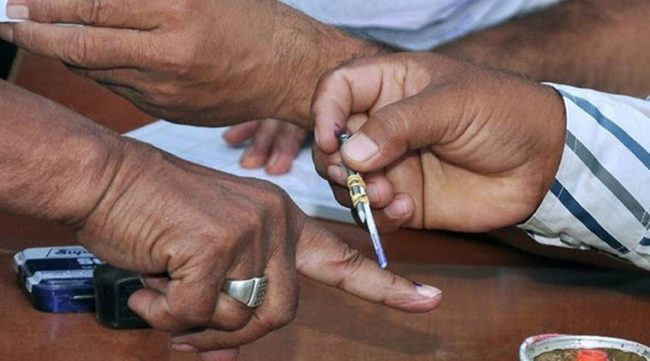 PONDA: The locals in Ponda and Sarpanchas fear that the Panchayat elections during monsoons would create more hardship.
The locals mostly rely upon the local Panchmembers / Sarpanchas, especially during monsoon disasters when a tree falls on houses and power failures, roads, or flooding.
Panchmembers and Sarpanch help in providing some sort of relief, locals feel.
Through government departments such as fire stations and electricity works, there is a need for constant follow up to restore electric lines and trees on roads which the local Panchmembers take the initiative in clearing and restoring, they say.
Locals feel that if the Panchayat’s tenure ends, there would be no Panchmembers to conduct follow-ups. The Administrator can’t reach everywhere as he has other work.
Further, if elections are postponed, then govt appoint Sarpanchas as administrators on Panchayats in Goa. Sarpanchas in Ponda Taluka says they favour the early Panchayat Election, but if govt postpones the election and appoints govt officials as administrators, it would cause great hardship to locals, especially during monsoon disasters, flood etc.
According to Sarpanchas, the Administrator will have no proper knowledge about Panchayat affairs and any official appointed, then it would be difficult for him to solve the issue of people as he will have to give time also for his officials work.
“Further if Administrator from distant places would not get them on time at the time of distress. Since the Sarpanch is aware of the village’s problems, he should be continued as Administrator after 19 June, when the Panchayat tenures end,” they said.
They added that nobody knows when the elections will be held if they are postponed.
During the last Taukte cyclone, the local Sarpanch/ panch was of great help to locals. Further, this year even pre-monsoon work desilting gutter and nullah are pending.
Locals say even the Students/ locals will find it difficult to get necessary certificates such as residence/income on time as the Administrator will be busy with his official work.
Kavlem Sarpanch Rajesh Kavlekar said the government should conduct an election at the earliest based on old data of OBC based on which the 2017 Panchayat election was held.
“But if it postpones, then Sarpanch should be appointed as Administrator because government officials lack knowledge about Panchayat work,” he said.
Bandora Sarpanch Rajesh Naik said the government officials have a lot of official work, so it would be difficult for them to look after the Panchayat administration, so the government should conduct an early election or appoint either Sarpanch as Administrator or secretary of Panchayat.
“The BDO office officials can also be appointed as they are connected with the Panchayat administration,” he said.
Shiroda Sarpanch Amit Shirodkar said the Panchayat election should be held at the earliest and if postponed, then Sarpanch should be appointed as Administrator as he is well aware of Panchayat Problems.
Curti Khandepar Sarpanch Dadi Naik said Panchayat elections should be held at the earliest. However, if postponed, then Sarpanch should be appointed as Administrator of the Panchayat.
Villagers at Curti Khandepar said that after the end of tenure, not Sarpanchas but government officials should be appointed Administrators on Panchayats. However, he should know about the problems of the Panchayat and locals to solve them on time.