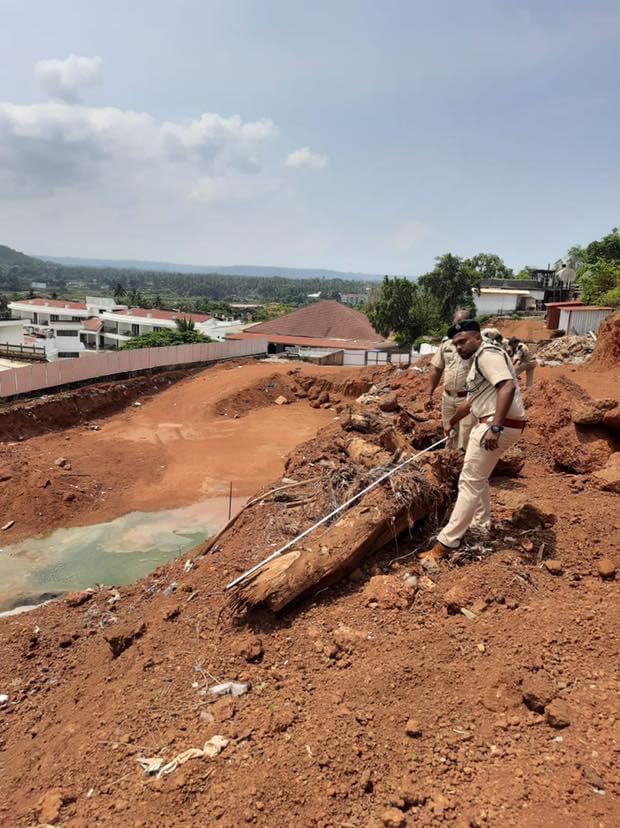 CANDOLIM: The new TCP Minister Vishwajit Rane seems to be in a song acting tough against illegal hill cutting and construction.
One such is raction he asked forest department to inspect illegal hill cutting in Arpora. Today morning, DCF North inspected the construction site at Hotel Park Regis in Arpora. During his inspection, massive hill cutting was noticed with no permission,” Rane said.
He said that Section 8 of the Goa Preservation of Trees Act, 1984, classifies it as a serious offense.
“According to the GPTA, permission cannot be granted even for mature trees on steep slopes.
An offense has been booked for violation of Section 8 of Goa Preservation of Trees Act 1984; this is a violation of TCP Act as well; an FIR will be registered today against the officers of PDA who permitted the massive hill cutting for the hotel project at Arpora and the company for violation of Section 17A,” he added.
Rane further said, “I will make sure that an affidavit stating that there was a serious lapse on the part of the PDA and the TCP department is presented in court. The government, in its affidavit to the court, will make sure that the facts are produced before the court in the case filed by the Goa Foundation and that such violations will not be tolerated.”

PANAJI: Chief Minister Dr Pramod Sawant today inaugurated the bio-digester facility which is an initiative of the Corporation of the City of Panaji (CCP). CM ... Read More

Goemkarponn desk PANAJI: Minister Michael Lobo today demanded that the Staff Selection Commission (SSC) is in need of the hour today and should be established ... Read More