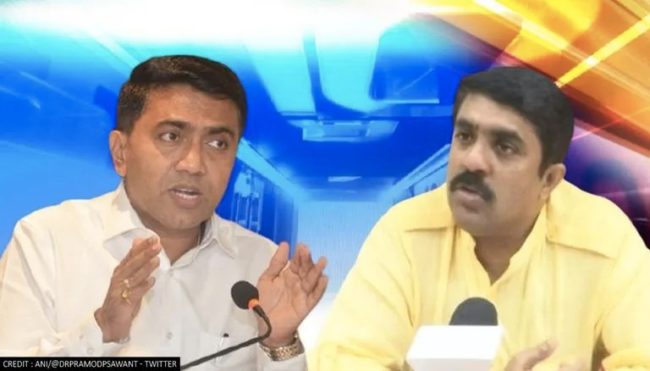 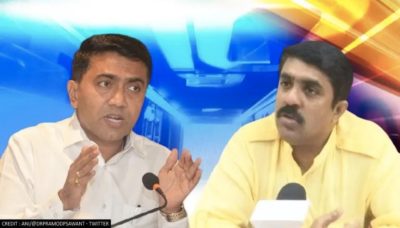 PANAJI: The Bharatiya Janata Party said that it seems like the INC, the GFP and Shri Vijai Sardesai have already accepted defeat for the upcoming elections and are grasping at straws.
“In a desperate attempt to save their electoral ship, they have stooped to new lows, lows that were considered impossible before. It looks like GFP is quickly learning from their alliance partners INC on how to degrade the political discourse,” said a BJP press release issued here.
It said that a social media post has been doing the rounds, published by the GFP with their symbol and a large photo of Vijai Sardesai. The Fatorda MLA is seen with his fists raised, and the post asks if Goa needs “Sawantwadi.”
“This is nothing but an abhorrent attempt by the INC and its allies GFP to create a casteist divide amongst the people of Goa. They are well aware that their promises are being seen by the electorate of Goa as nothing more than hollow claims. They also know that the people of Goa have witnessed the instability and chaos offered by the INC and GFP,” BJP said.
Thus, the party said, when they have nothing else to offer and nothing to fall back on, they have chosen this casteist line of attack.
“This is malicious, a clear violation of the Model Code of Conduct and makes a mockery of the values of unity and nationalism enshrined in the Constitution of India. The post tries to ridicule the Chief Minister Dr Pramod Sawant by questioning his origin and portraying him as belonging to Sawantwadi in Maharashtra. Dr Pramod Sawant is a proud Goan, born in Bicholim and has spent all his life serving the public of Goa,” BJP said.
It says these accusations are especially rich coming from Vijai Sardesai who himself was not born in Goa, but born in Buenos Aires. Does that make Vijai Sardesai any less Goan and more Argentinian?
“Furthermore, this is not just an attack on Dr Pramod Sawant by the GFP and the INC but an attempt to malign the “Sawant” community living in Goa,” BJP said.
It said that unlike the leaders of the INC and GFP who have only entered politics and public service to fill their pockets and acquire lands, generations of the Sawant community and the Kshatriya Maratha community, since ages, have helped Goa become one of the best, most developed states in Goa.
“It is now to be seen how Vijai Sardesai faces the 150 odd ‘Sawant’ families residing in Fatorda and 500 odd families in Maem, and if he thinks they are not Goans,” it says.
The INC and the GFP have been so thoroughly rejected by the people of Goa, they have so few cards left to play, that they have started endorsing such divisive narratives in order to save their sinking ship. For the first time in the history of Goa, a party has launched a casteist attack on a person holding such a senior constitutional position, the BJP said.
The people of Goa have a clear idea of the chaos, corruption, fraud and deception that are the hallmark of the INC and the GFP. Goemkars have complete trust and faith in the stability and development brought by the Double Engine BJP government. Their only choice is the BJP.