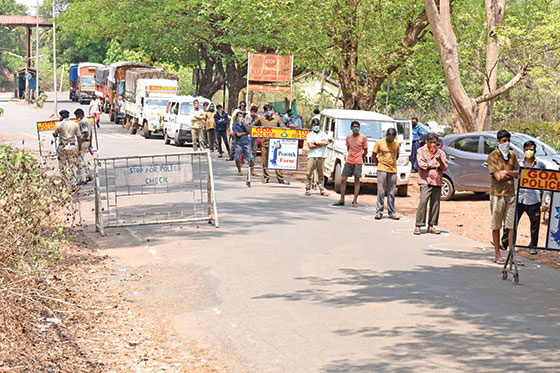 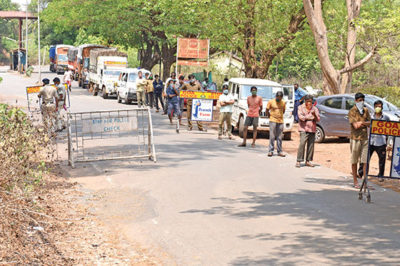 People of Karwar and neighbouring areas on Saturday protested at the Polem check post demanding free movement for people.

The people criticized the State government for charging rs 2000 for entry into Goa despite the Centre’s guidelines of free movement of people and goods. They said that Karnataka government does not charge any such amount for testing while entering.

The people questioned the motive as the essential goods like fish and vegetable vehicles are given free entry into Goa.

The people said that they depend on the border areas for health and other requirements and many people also work in Goa.