Kavlekars complaint is admission of collapse of law & order, GOVT must Explain exact location of where he was sleeping when mobile was hacked: Girish 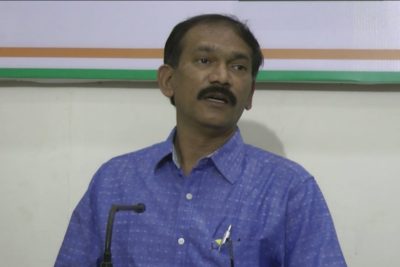 Deputy Chief Minister Chandrakant alias Babu Kavlekar has stated in his complaint letter addressed to the Police Inspector of Crime Branch that he was fast asleep when his mobile was hacked and tampered and a video with vulgar material was posted on a Wattsapp group named “Villages of Goa”. This particular claim of the Dy. CM needs to be probed thoroughly as it appears that even the highly secured residence of Chandrakant alias Babu Kavlekar is vulnerable to anti- socials and criminals and can cause a serious threat to the life of Deputy Chief Minister and his family claimed Girish Chodankar. This particular incident exposes the inefficiency and incompetency of the Police Department under the BJP government he further stated.

The government must come clean on the exact location where the Dy. CM was sleeping as claimed by him in his complaint letter and also reveal who was besides him and must also explain to the people of Goa, how the hackers could get access to his mobile phone demanded Girish Chodankar.

We demand a high level inquiry into this entire episode on fast track basis as the vulgar video posted by the Dy. CM which is lascivious or appeals to prurient interest and has effect to deprave and corrupt persons who have seen the video posted directly from his mobile phone.