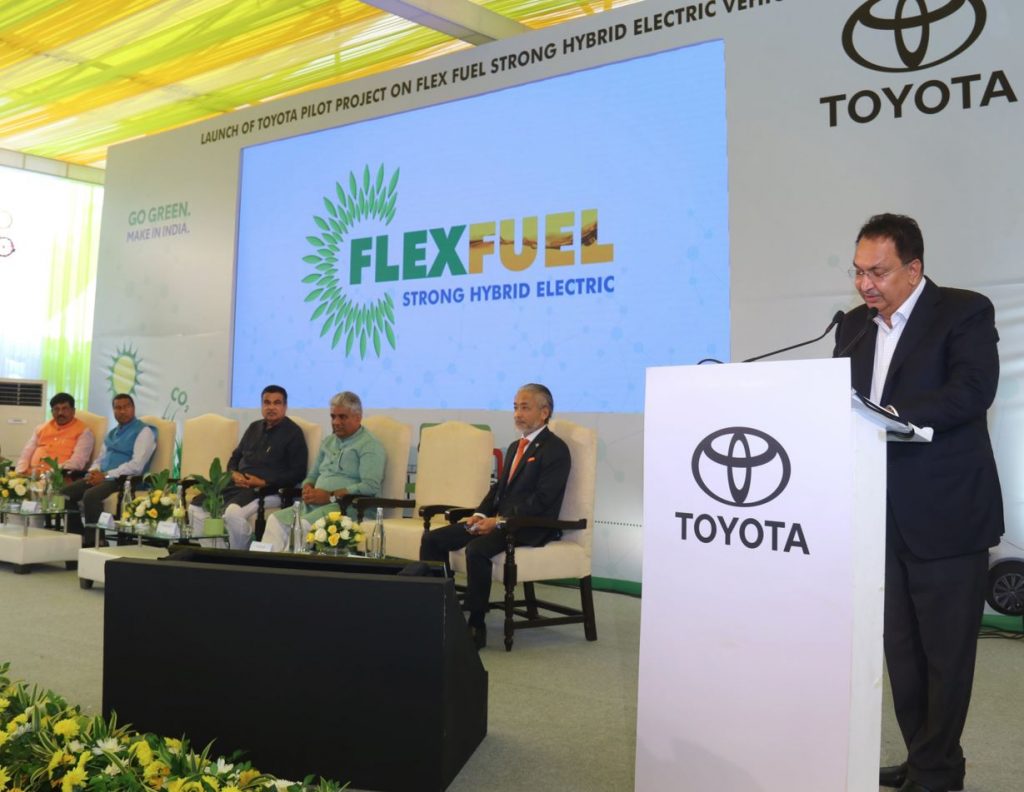 Goemkarponn desk
PANAJI: Toyota is fully committed towards sustainability and protecting the environment in line with our principle of ‘Respect for the Planet’. Towards this, in 2015, Toyota announced its global environmental challenge 2050, which seeks to contribute towards establishing a ‘future-proofed’ sustainable society that is in harmony with nature.
Under this ambition, Toyota has set for itself six challenges, the first three of which include goals towards achieving carbon neutrality by 2050 throughout the entire lifecycle of our products.
Thereby, we not only aim to address the impact of the vehicles that we sell but also to cover our entire value chain, including manufacturing activities. In that sense, we aspire to go beyond the tailpipe emissions and take a more holistic and society-focused approach to our sustainable interventions.
There are many green energy pathways in electrification and alternate fuels that can help the transportation sector lower its dependence on fossil fuels and reduce its carbon footprint.
Toyota has developed all clean technologies and believes in introducing these based on each country’s unique requirements and context to minimize fossil fuel usage and achieve carbon reduction in the fastest possible time.
Given India’s energy mix, unique consumer profile and needs, infrastructure readiness, and the Government’s diversified efforts towards becoming ‘Atma Nirbhar’ in energy by 2047, we are advancing solutions with greater agility, thereby introducing and supporting multiple clean technology pathways.
As one of the most appropriate solutions, Ethanol holds tremendous potential for India as it is an Indigenous and clean energy source that can significantly reduce fossil fuel consumption, the energy import bill and carbon emissions. Being agriculture-based, higher use of Ethanol as fuel will also increase farmer incomes and create new jobs, thereby boosting the rural economy besides increasing revenue for the Government from surplus sugar and food grains. The Government has recently launched second-generation technologies for producing Ethanol from agricultural residues like parali, which is currently otherwise burnt. This possibility will not only prevent severe air pollution but also help generate wealth from waste.

India has already achieved 10% ethanol blending five months ahead of schedule. The implementation of 20% ethanol blending in petrol by 2025-26 is expected to substitute 86 million barrels of Gasoline, thereby leading to forex savings of Rs. 30,000 crores for India, as well as reducing 10 Million tons of carbon emissions. Given the huge potential of ethanol production that exists up to and beyond E20, these benefits can increase multi-fold with the introduction of Flexi Fuel Vehicle (FFV) technology, that can flexibly use higher ethanol blends from 20% to 85%.

Globally, many countries like Brazil have hugely benefited from large scale introduction of FFVs. In fact, in Brazil an innovative Flexi fuel-strong Hybrid electric vehicle technology (FFV – SHEV) has been introduced by Toyota Brazil, which has the lowest Well-to-Wheel (W2W) carbon emissions for any technology in the country. An FFV– SHEV has a Flexi Fuel engine and an electric powertrain, thus providing dual benefit of higher ethanol use and greater fuel efficiency, as it can run for significant time periods on its EV mode, wherein the engine is shut off. The FFV-SHEV has much higher economic multiplier benefits, as it can hasten local manufacturing of electric and flexi-fuel powertrain parts, thus providing a disruption free & low risk industry and energy transition. As this technology provides the opportunity to benefit from both electrification and bio-fuel energy pathways, it enables a faster reduction of fossil fuel consumption, CO2 emissions, as well as boosting the agrarian economy.

During the launch, the Toyota Corolla Altis FFV-SHEV, that has been imported from Toyota Brazil for the pilot project was unveiled. This initiative marks Toyota’s first step to promote and create awareness on Ethanol as an important indigenous, carbon neutral energy pathway, along with the advanced Strong Hybrid Electric Vehicle technology of Toyota that can help India achieve true self-reliance, and contribute towards the national target of Carbon Net-Zero by 2070. Further, as a part of this project, collected data will be shared with the prestigious Indian Institute of Science, for conducting a deeper study about the well-to-wheel carbon emissions of FFV / FFV-SHEV in the Indian context. In this regard, a Memorandum of Understanding was also signed between Toyota Kirloskar Motor (TKM) and the Indian Institute of Science, Bangalore.

Being a pioneer in electrified technology and as a responsible corporate citizen, TKM will continue its relentless efforts and contribute to future innovations by sharing sustainable technological advancements in the green mobility space.