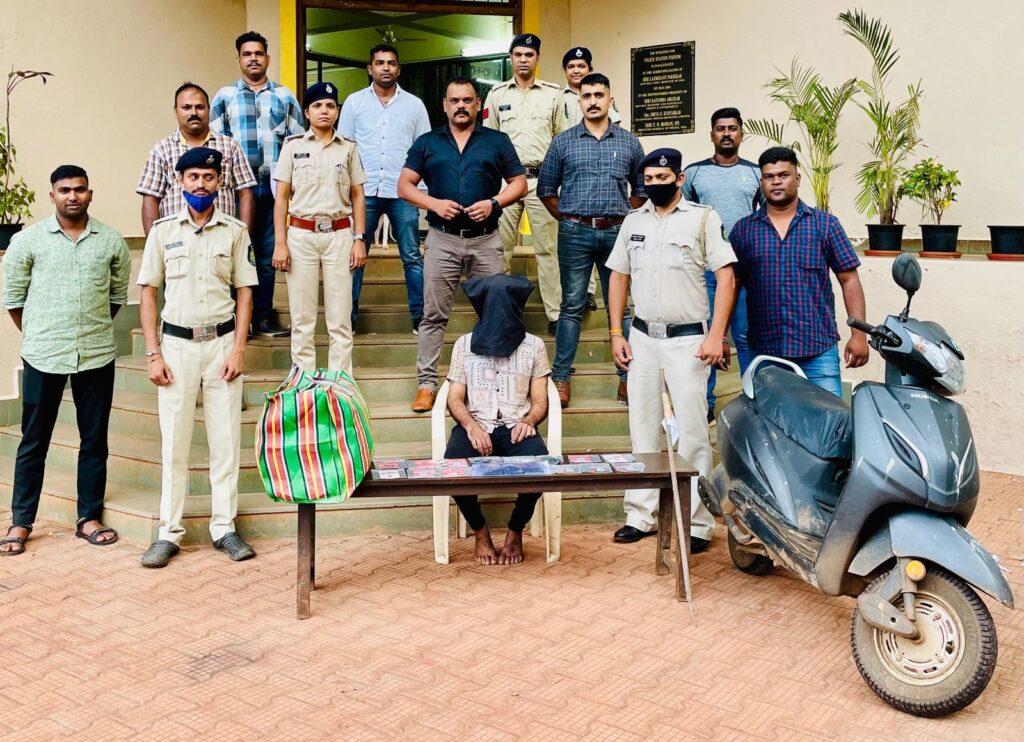 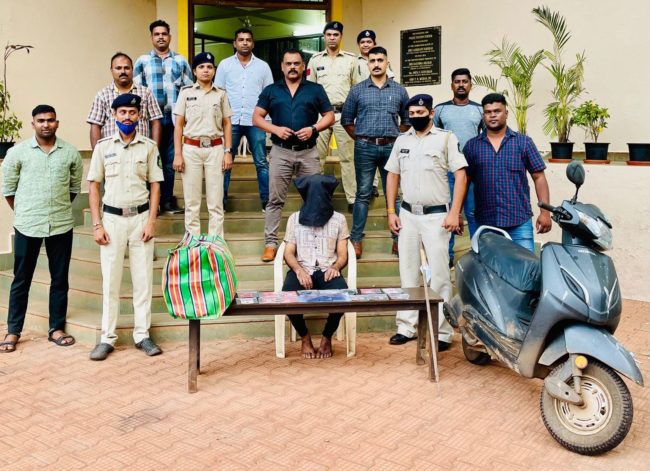 In this connection few days back Pernem police had arrested one of the accused by name Jinson Joseph from Idduki Kerala. And since than Pernem police were on hunt of his partner in crime by the name Adam@ Billa.

Further during interrogation accused Adam @ Billa confessed his involvement of committing thefts in three shops at Tuvem, Arambol, and Torxem in recent days wherein a cashew shop was ransacked and valuables worth Rs. 56,000/- were stolen, while in another case accused had stolen Dell laptop and cash worth Rs. 30,000/-.

Pernem police recovered 4 mobile phones, 8 memory cards, and other accessories including pendrives and cashew packets, cash of Rs 12,000 which stolen In above crimes from the accused person.

Further one scooter was also recovered from the above accused person wherein Anjuna police had registered an FIR of theft in connection with the said scooter.