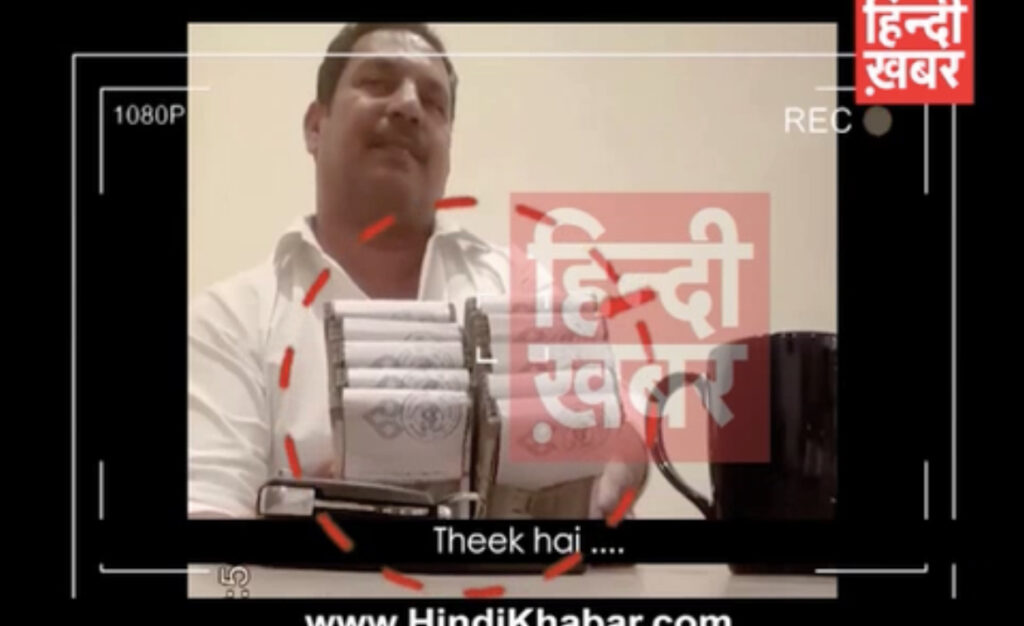 PANAJI: In a major sting, just more than 24 hours of polling day on February 14 in Goa, a news channel has exposed the dirty politics of Goa.
The channel has exposed four candidates TMCs Churchill Alemao, Mormugao Congress candidate Sankalp Amonkar, Navelim candidate Avertano Furtado and Congress’ Velim candidate Savio D’Silva.
Hindi Khabar investigation reporter Vishal Shekhar claims to have unearthed the scam by meeting the leaders personally, of which he claims he has raw footage, which can be handed over to investigating agencies.
In teh videos, all four are seen taking cash advances in Rs 500 notes and the rest to be paid in the next two days.
The leaders also agree to join BJP if that party is able to form the next government. 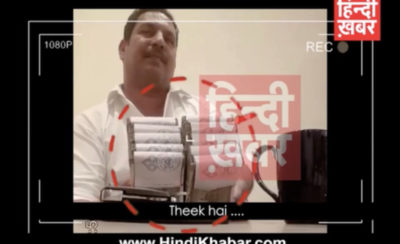 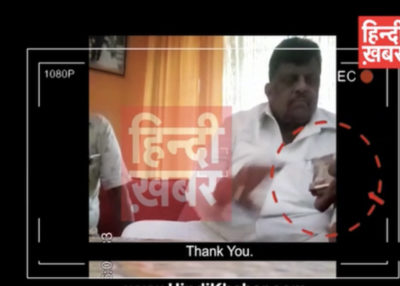 Reporter: We are a businessman, and we need your help for business post-elections. For that, we are ready to help you financially to win.
Churchill Alemao: I am winning both seats in Navelim and Benaulim, but I urgently need Rs 3 to Rs 4 crores for distribution.
REPORTER: What is the recovery guarantee?
Churchill: I give 100 p.c guarantee of recovery.
Reporter: Which party you are ready to move if given a chance after the elections?
Churchill: I am ready to go whichever party gives a better offer.
(In the tape, Churchill is also seen accepting advances in 500 rupee notes.)
Reporter: The rest is to be paid after February 14. I guarantee to give Rs 2 crores more before February 14 and the remaining after the elections. Are you ready to go to BJP? He says, “100 per cent”.
Reporter: I want to start a casino, and Churchill has to support in starting and granting a licence to which the former CM agrees.

Sankalp Amonkar STING…
In the second tape, Sankalp Amonkar is seen ready to do anything for Rs 1 cr and is also prepared to bring other leaders with him if needs arise.
He says if the BJP is forming a government, he would not think twice about moving to BJP.
Reporter: We are ready to give Rs 2 cr to get our work done.
Sankalp: whatever you decided is acceptable to me”.
The reporter says that there is nothing to worry about if you lose elections as that will be our loss.
Reporter: but if you win, what will be the opportunity to recover the money?
Sankalp: There is a good opportunity in real estate in Goa. If Congress forms the government, I will definitely be a Minister in the cabinet as I am much senior to others.
Reporter: If you are getting more candidates, we have no issues; we will pay Rs 2 cr per candidate. In Goa, it is seen people vote for a candidate and not a party. If Congress is not forming a government, are you ready to move to another party?
Sankalp: If any party forms government, we will go…
: If you win, our money is safe…
Sankalp: If I win and Congress does not form the government, why will I wait here? If we go to another party, I will get the Ministry.
Reporter: Then you tell us where we have to play…
Sankalp: Sure shot Digambar kamat will come. But you will have to pay.
Reporter: I will only talk to you. You deal with others. We hope you win. You tell us where the delivery has to be done as checking is going on everywhere. You tell us by tomorrow.
Sankalp: I will meet Digambar and talk to him. Many others are ready, and I will talk to them.

Reporter: Our work is in real estate, so you will have to help us in the business. We want to do casino business, so you help us with that. We will pay you, and we will work with winning candidates. Everybody knows how much an MLA is paid for changing parties. The risk is ours if you lose, our money is gone. But if you win, we get recovery.
Churchill : What we will get? We need at least Rs 3-4 crores.
Reporter: Whatever is your requirement, we will do it. Time is short, and it is done from our side. There is no value of Rs 3-4 crores in our business. If you agree we will give you sweets right away. But if you win and Congress does not form a government, what will be your step.
Avertano: If BJP forms government, I will go with them.
Reporter: So what is your requirement?
Avertano: Rs 3 cr..
Reporter: You will have to collect it as there is a huge risk of transporting it. The situation is tight.
Avertano: In Goa, right?
Reporter: (Hands over some cash advance in Rs 500 notes) We will give you one crore tomorrow and the second instalment day after…Right now, I will
Avertano: We will bring Digambar Kamat. Anybody forms government, Digambar will be the CM.

Savio D’Silva STING
Reporter: Anybody forms government, you will shift right?
Savio: If I get Ministry, I will go. We can guarantee that.
Reporter: So the deal is finalised for Rs 3 cr. Toh muh meetha karaya jaaye (Can we give you some sweets)?.
(Hands over some cash advance in Rs 500 notes)