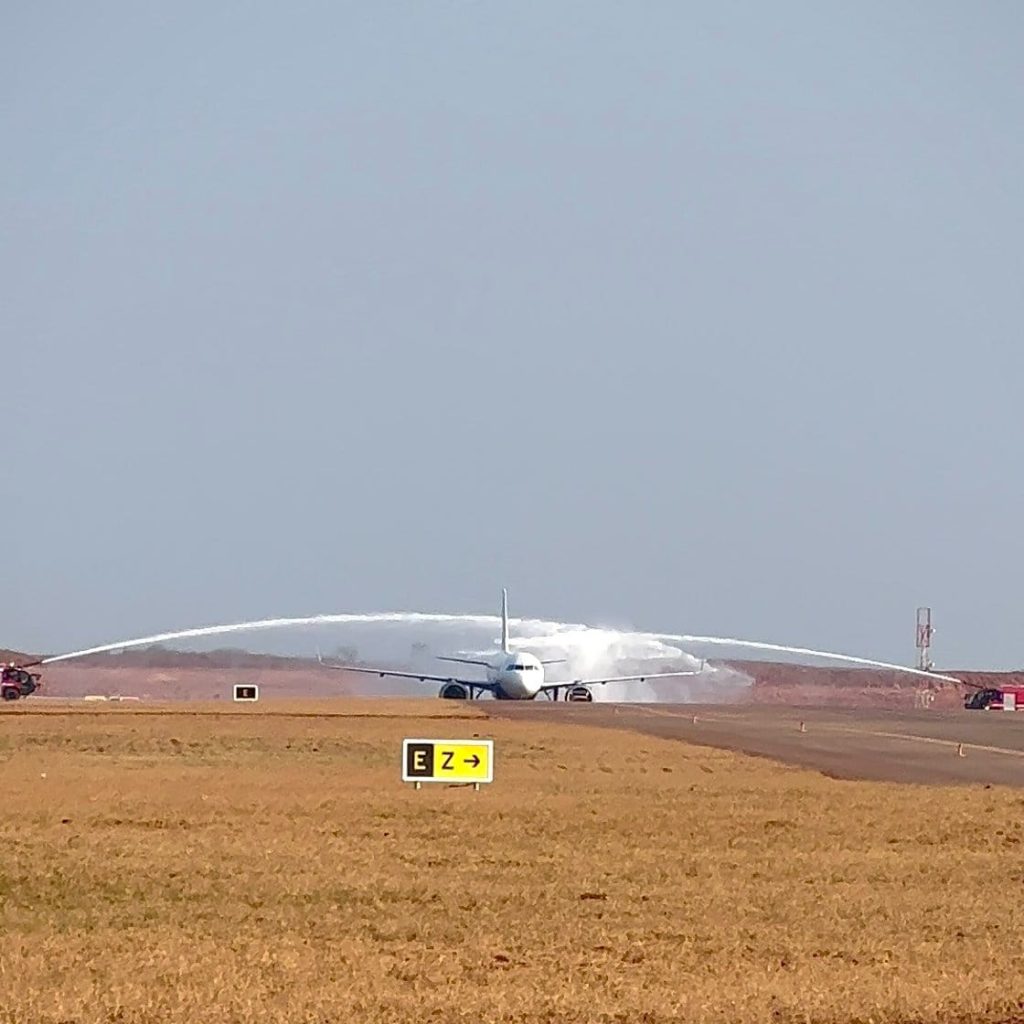 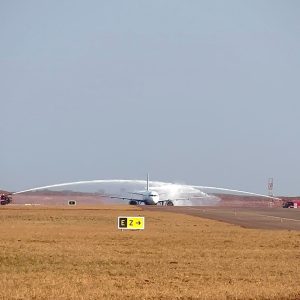 The operations were commenced by Indigo with a direct flight between Hyderabad-Goa, and Delhi to new Goa airport.

“I handed over the first boarding pass of the first flight. With this Goa’s dream has come true. The passengers are happy and appreciated the services offered at the new airport,” said CM Sawant

He further said that the airport shall strengthen Goa’s capabilities for tourism, trade and business.

Initial hiccups were seen at the airport with some airlines experiencing slow servers leading to delays at Check in counters. 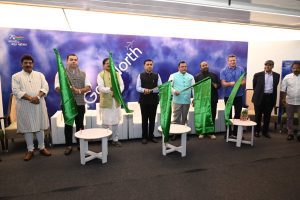 Although, the security check was smooth, most of the shops and franchises are yet to commence operations.

Some the passengers also witness chaos at the Boarding gates and the
sound system for announcements was not in force.

The passengers on the IndiGo flight from Delhi, who were the first ones to arrive at the new Goan airport, were accorded a warm welcome at the airport. They were all greeted with flowers.

“We are excited and proud with this largest ever, new station opening for us at New North Goa International Airport in Mopa. It’s momentous for us at IndiGo to have such a massive opening and it speaks to our ambition and endeavor to provide connectivity, ease of accessibility and ever more options for our customers to one of the most visited tourist destinations of the country. We continue to stay true to our promise of affordable fares, on-time performance, courteous and hassle-free service, connecting people with the places they love,” said Pieter Elbers, Chief Executive Officer of IndiGo.

The new network will cater to the increasing demand owing to the popularity of Goa as a preferred leisure travel destination and will provide more options to the customers, making travel more affordable and enhancing direct connectivity to North Goa. The present Goa Dabolim Airport, South Goa will remain active, and IndiGo continues its existing operations there.

Earlier airlines like Indigo and GoFirst have already announced plans to launch 168 and 42 flights, respectively, from the new airport.

The first phase of the Rs 2,870 crore Mopa airport project will cater to around 4.4 million passengers per annum (MPPA), which can be expanded to a saturation capacity of 33 MPPA, an official said.

The airport has been built on the theme of sustainable infrastructure and has a solar power plant, green buildings, LED lights on the runway, rainwater harvesting, state-of-the-art sewage treatment plant with recycling facilities, among other such facilities