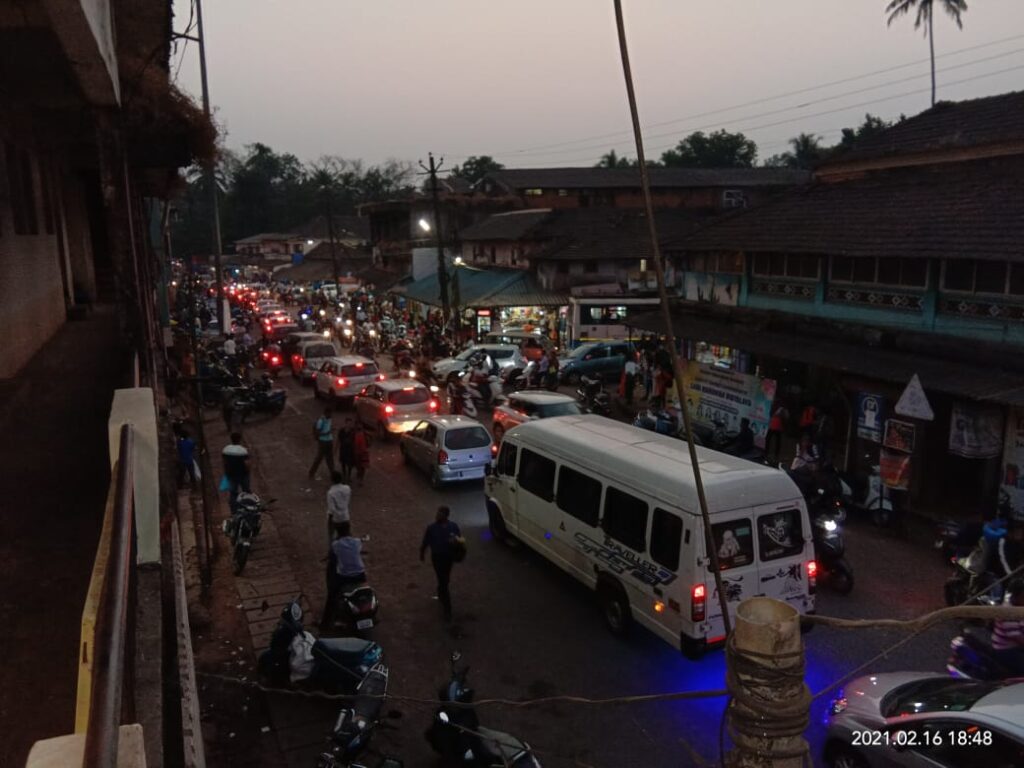 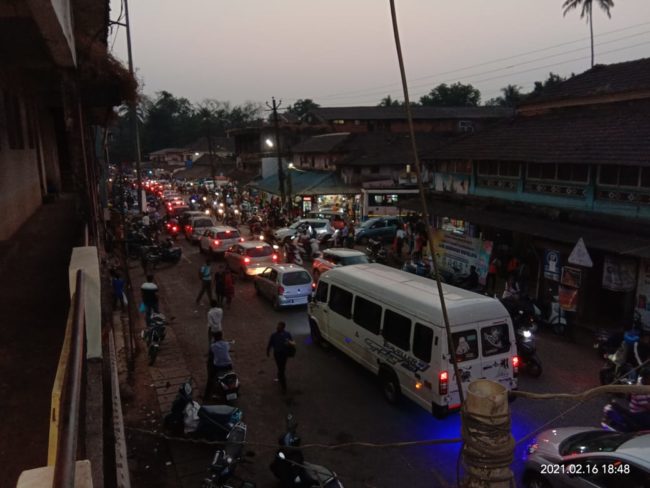 Goemkarponn desk
VALPOI: The main market of Sattari taluka, Valpoi town, has been facing traffic congestion for the last several years due to a lack of traffic plan.
For the last ten years, the municipality has been trying to bring planning into the traffic system.
However, so far there has been no success.
It was decided to notify the traffic plan as soon as possible in a meeting held at VMC Hall today to improve the system.
VMC clarified that planning would be done in this regard by making changes in the system.
It is learned that the number of vehicles in town is increasing day by day. Due to this, the roads in the city are congested, putting the common person at hardships.
Several meetings have taken place in the last ten years, but a traffic plan is yet to be notified.
Meanwhile, chairperson Sehzin Sheikh had called an important meeting in the Municipal Hall.
The meeting was attended by some representatives of the shopkeepers association of Valpoi town, councillor of the municipality and a plan was finalised.
However, Sudesh Velip, Inspector, Police Traffic Department, says that no action can be taken against unruly traffic in the city until the plan is notified.
The major issues are constant traffic jams on Thane road, vehicles parked on both sides. In many places, there is no parking space for vehicles.
The chairperson said that efforts would be made to resolve all these issues in detail.
Representatives of Goa Bagytdar present here have been appealed to control the vehicle parking in front of the building.
The meeting was attended by Councilors Ramdas Shirodkar Prasanna Gawas, Vasaiddin Syed, Vinod Haldankar Sharafat Khan Municipal Engineer Jayesh Kalgutkar Junior Engineer Public Works Department Chandan Naik..