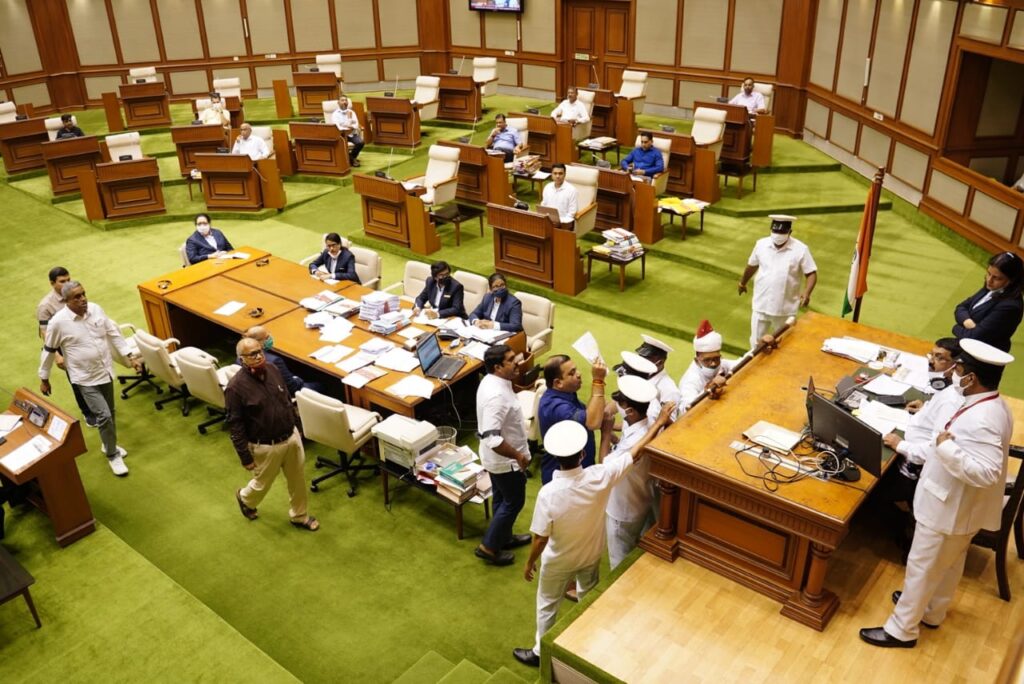 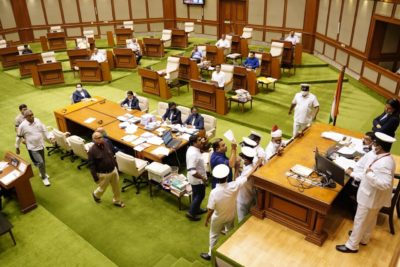 Goemkarponn desk
PORVORIM: The Goa Legislative Assembly on Friday passed the Goa Mineral Development Corporation; Bill 2021 amidst the Opposition walkout.
The Opposition cited that important Bills were being hurriedly passed without proper discussion and deliberations.
While the Bill was being passed, Goa Foundation said that the features of the new Bill are routine and unexceptional.
“The Government could have involved itself in a more creative and imaginative enterprise. Instead, it has primarily copied from existing Acts governing other public sector corporations (PSUs). When dealing with mineral resources belonging to the State’s people, a corporation with a different character would have been preferred,” Claude Alvares, Director of Goa Foundation, said.
Nevertheless, he said, the Government is to be congratulated for introducing the Bill, considering that the idea was opposed tooth and nail by the mining lobby.
“Several other states in India have Mineral Development Corporations. The sorry conduct of a mining industry wholly in private hands in the state, condemned and deplored by several judgements of the High Court and Supreme Court, and investigated by reports of the Justice Shah Commission of Enquiry and the Central Empowered Committee have paradoxically moved the Government to revert from private mining to public sector mining,” he said.
He added that the present Board of Directors, as constituted, will ensure the Corporation does not run efficiently or proper mind.
“Chief Minister as Chairman is a bad idea, not only because of conflicts of interest, but also because the Corporation needs professional people to run it and not politicians. GMDC must be a professionally run corporation. Reliance on only political appointees and politicians will surely ensure it runs fairly soon into the ground,” he said.
He said that what is required, once the GMDC becomes a fact, is for the Government to reserve all mining in the State to the Corporation.
“We remind the present BJP government that the current Prime Minister of India, Narendra Modi, when he was CM of Gujarat, had issued an order reserving all bauxite mining in Gujarat for exploitation only by PSUs. A similar order is required for Goa as well under Section 17A of the MMDR Act, 1957. This will eliminate the need for the GMDC to obtain leases located in Goa through auction, as it can get them directly from the State government,” he said.
“We also recommend that the GMDC commence its innings by first recruiting all employees and workers of the mining industry that a series of Supreme Court orders have irrevocably shut down. These employees and workers need employment, but they are also the persons fully competent to advise and manage mining in the State, as they performed this job when working with private companies earlier,” he said.
“We also recommend that now that the Corporation is being set up, the Directorate of Mines & Geology should be permanently wound up. This department has been wholly compromised. It has disclosed that it cannot operate except as an employee of the erstwhile mining lobby. It has acted wholly irresponsibly in the management of Goa’s mineral ore wealth,” he said.
Goa Foundation said that the Corporation though appointed as a watchman over the mineral resources, it has colluded instead with the thieves. The public has lost faith.
“We also believe that, as per the Goa Mineral Policy of 2013, no fresh extraction be permitted until and unless all the damages wrought at the hands of the private mining industry be repaired, lands, fields and rivers desilted and rehabilitated, all existing illegal dumps placed outside lease boundaries are removed and returned to mining pits. Any saleable dumps mined under mining leases, ECs, short term raising contracts can be sold to raise needed resources. In 2013, late Shri Manohar Parrikar estimated that 20% of the 750 million tons of dumps, i.e., 150 million tons, is saleable,” he said.
He said, “this will not only remove a continuing source of pollution of our rivers and streams, it will make large tracts of land available for agriculture as well, while creating jobs and income for the mining dependent. The sums received in exchange for selling the saleable dump ore could be sequestered in the Goa Iron Ore Permanent Fund for our children to inherit”.