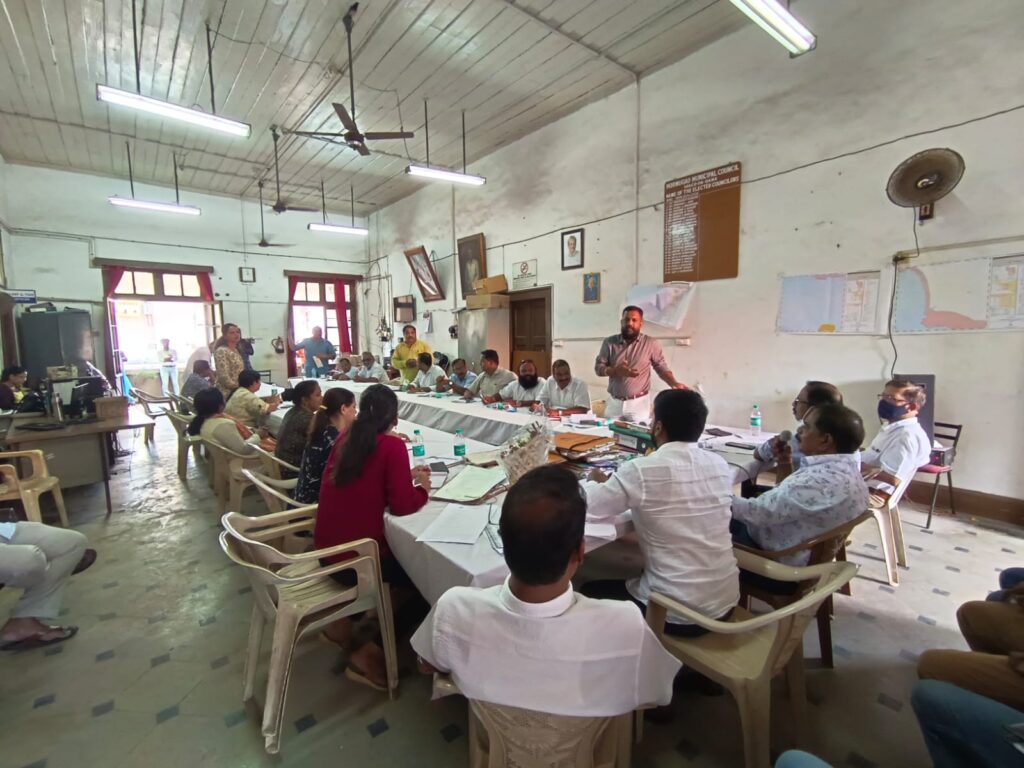 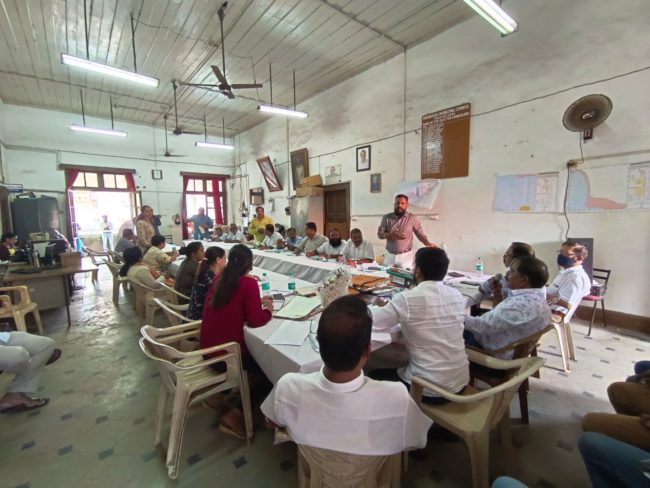 VASCO: Mormugao Municipality gets notice from the High court for mismanagement of garbage from the municipal area. Series of civic issues from occupying parking space, regularisation of houses of coastal communities from Khariwado, Baina areas, beautification of two children parks, complaint on controversial NOC on water connection referred to Police were discussed in the council meeting.
On Friday morning, many civic issues plaguing the Port town were discussed during the Mormugao council meeting. In which heated discussions among the councilors were witnessed.
After the meeting, Councillor Deepak Naik poke holes in the Goa Shipyard Ltd, stating that it is not meant to benefit Vasco. GSL only employs the outsiders and not the people of Vasco, Goa in GSL for work. We will agitate if need be,” Naik said.
He also informed that for mismanagement of garbage by the Mormugao municipal council, High Court had issued notice to the board.
He also pointed out that one controversy has cropped up wherein one fake NOC of water connection came before the Municipal council. The municipality has complained about it to the police.
Later, Councillor Fredrich Henriques said that the regularisation of houses from coastal areas of Khariwado and Baina under CRZ notification 1991 came up. The council unanimously agreed on this point and supported protecting and regularising the homes of coastal communities which existed before 1991.
Councillor Yatin Kamurlekar also mentioned that MPT has now become MPA and has got ultimate power with them. We would demand before the government exclude the Mormugao Port from the Major port and revert to the Trust safeguarding people’s interests.
It was also discussed to sort out the Parking issue from Mormugao municipal area, wherein most of the parking spaces are occupied by the Rent a bikes operators and others.
Later, City Councillor Shami Salkar informed that the two gardens from Vasco will be refurbished and beautified under CSR by some private party. Further, she added that within eight days, 53 identified local street vendors would be shifted to the old market structure, which was renovated a few months back.