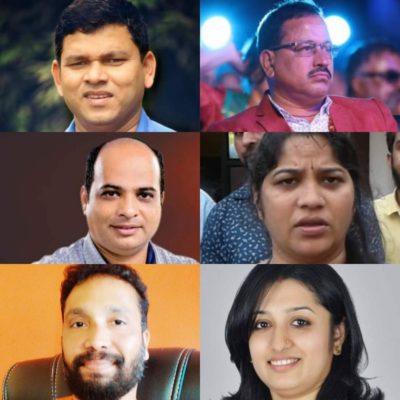 Goemkarponn desk
SANGUEM: With the surge and advent of several political parties, the elections in 2022 would be an exciting tussle.
In view of the above, the Sanguem constituency, the largest constituency in Goa, is no different.
In the upcoming Assembly elections, several new and old faces trying their luck in Sanguem constituency.
As the election approached nearby, several developments could be termed as a twist in the tale.
Sitting Independent MLA of Sanguem Prasad Gaonkar is still indecisive about which party ticket he would contest from.
He was with BJP until 2019 and later showed interest in the Congress as his supporters joined the party two months ago. His brother Sandesh Gaonkar, who is the panch member of Malkarnem panchayat, also joined Congress.
But shockingly, later Gaonkar said Congress is uninterested, and hence his brother and supporters resigned from Congress and joined Mamata Banerjee’s Trinamool Congress.
The people of Sanguem are confused as to which party Gaonkar would contest.
While Gaonkar is confused, there is ambiguity as to whom the ruling BJP will give a ticket from Sanguem.
Former MLA and candidate in 2017 Subash Faldesai is vying hard for the ticket.
However, ex-Congress candidate and Dy CM Babu Kavlekar’s wife Savitri Kavlekar is a strong contender for the ticket.
The Congress has received a setback as their Zilla candidate Abhijit Desai, from Rivona, has joined teh Aam Aadmi Party due to teh differences with INC members on ticket issue.
However, in Rakhi Prabhudesai, Congress has found a good leader. Prabhudesai is an active leader with a good presence on social media.
Nevertheless, the MGP is also considering contesting the election in the Sanguem constituency.
If there is no coalition, Duttprasd Sanguekar, the MGP party leader in Sanguem, maybe the candidate.
The local Revolutionary Goans is also making forays in the constituency.

Will take steps as per the protocol of centre & necessary stringent measures will be taken by state govt: HM Rane Goemkarponn desk PANAJI: Goa ... Read More