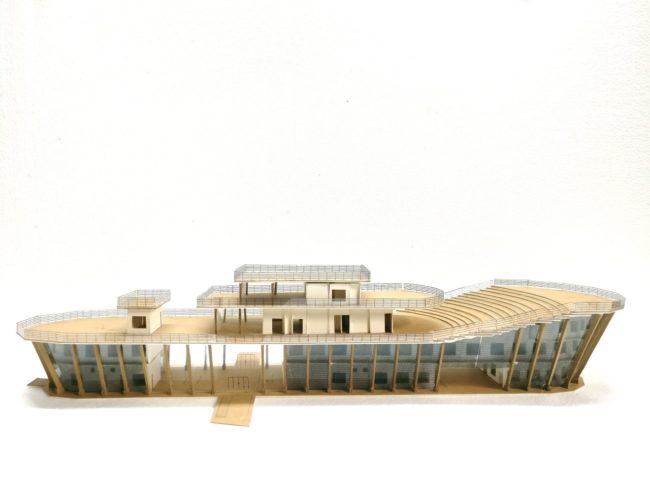 PANAJI: The National Green Tribunal (NGT) has constituted a four-member committee to ascertain whether the new terminal building of the Captain of Ports (CoP) falls within CRZ region. The Tribunal has directed the committee to submit the report within one month.

The green bench constituted the committee after the Applicant Dr Joe D’Souza failed to convince the NGT whether the terminal building work is been undergoing in CRZ 1, II, III or IV region.

the Bench constituted a four-member committee comprising Secretary Urban Development, Commissioner of the Corporation of the City of Panaji, North District Collector and one member of Goa State Environment Impact Assessment Authority (SEIAA).

The committee has been directed to hear all the parties in the light of objections made by the Appellant/Complainant in the matter as well as Respondents.

Give a clear cut report as to whether the said Terminal Building is being constructed in CRZ-I, CRZ-II or CRZ-IV, the built area of the project and further the Committee shall record in its report whether the procedure as provided in CRZ Notification, 2011, was followed in granting CRZ clearance or not,” the bench headed by Justice Dinesh Kumar Singh said.

“A report along with entire evidence shall be placed before Tribunal within one month,” the Bench added as it posted the matter for the next hearing to August 10.

The applicant has also prayed that GCZMA is directed to revoke the clearance issued to the project on July 20, 2015, and also to refrain from carrying out any further construction activities.

The applicant also pleaded that the GSIDC, which is constructing the terminal building, be directed to immediately restore the riverine land and the reclaimed portion of the river back to the original position.

RAVIONICS... "I have resigned as MLA today, have submitted my resignation to Speaker; I have never said that I am joining the BJP; There is ... Read More

Schools to re-open tomorrow; CM says govt will monitor situation till next fortnight

Goemkarponn Desk SANKHALI: With the rise in COVID-19 cases, Chief Minister Pramod Sawant today said schools will re-open as per schedule but the situation will ... Read More