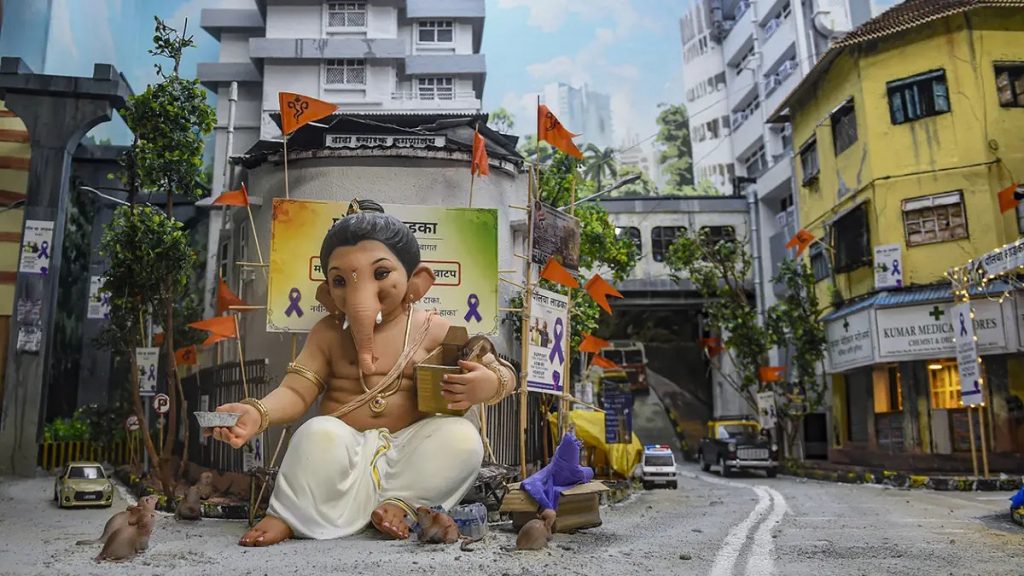 Goemkarponn desk
PONDA: In light of the Ganpati festival, a group of youngsters has created a major attraction at an abandoned pasture in a forest in North Goa by carving out Lord Ganesha on a bed of grass.
Youngsters from Nirancal village in Ponda taluka, led by artist Gitesh Gaonkar, created grass art on a pasture, measuring 22 meters by 15 meters, inside a forested area, some 400 meters away from the main road.
“This was our playground earlier. But after a dedicated ground was built by the government for villagers, this place was abandoned,” Gitesh said.
Except for a few villagers who use the land for grazing their goats, the plateau was completely neglected. But it was a great place to create grass art, he said.
This is not the first time that the group has created grass art at the spot. Three years ago, they had tried their hand at a small carving of Ganesha, the artist recalled.
“When we received a good response for our efforts, we decided to go big this time around,” said Gautam Borkar, a diploma holder in electrical engineering.
A team of 15 youngsters created the art after working non-stop for five days.
The initial sketch was drawn on a computer and the art itself was constructed block by block to its final shape, Gitesh said.
he initial inspiration was taken from a similar art done in Maharashtra’s Kolhapur, where a group had similarly created Lord Vitthal three years ago, he said.
“Hundreds of people have come to admire the grass art since its conception,” the artist said.