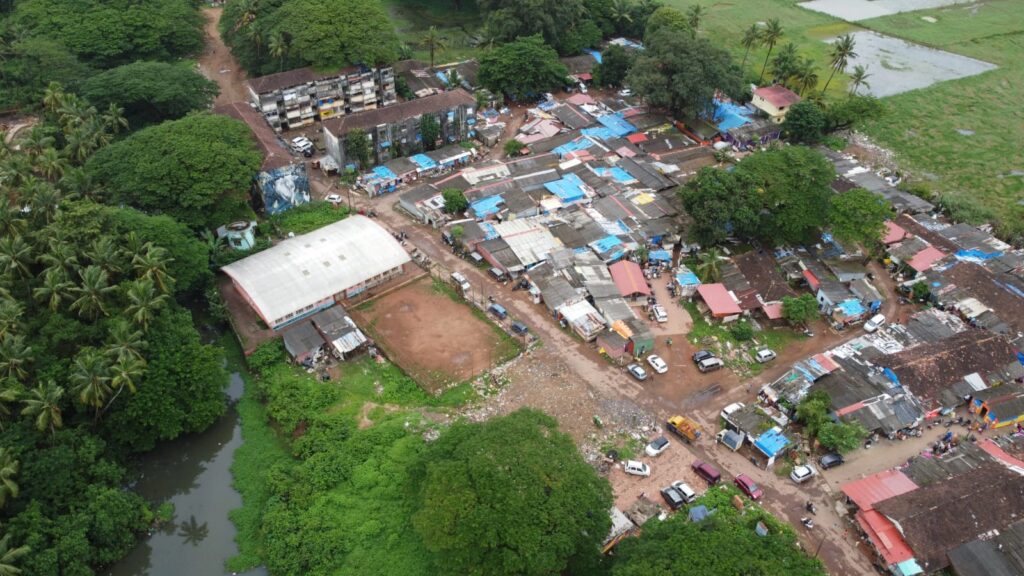 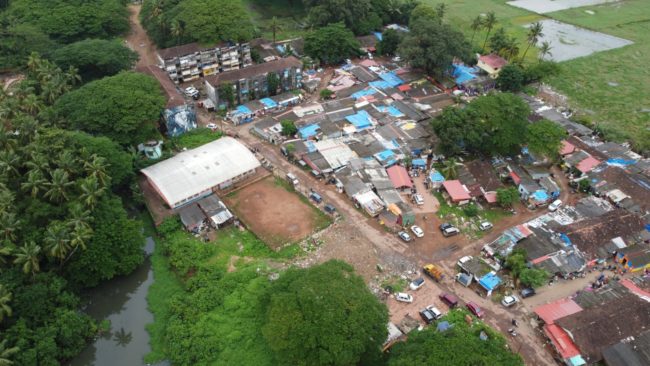 Goemakrponn desk
PANAJI: The Chief Minister, Dr Pramod Sawant, Tuesday night, announced that the Goa Bhumiputra Adhikarini Bill will be re-christened as Goa Bhumi Adhikarini Bill and re-introduced in the Assembly after incorporating the suggestions from the public.
He said the government would accept suggestions from August 4, 2021, on goaonline.gov.in, and the Bill will be re-introduced in the Winter Session of the Goa Legislative Assembly.
The announcement came after the government came a cropper mainstream and social media for attempts to legalize the dwellings of migrants.
While the Chief Minister announced he would change the name of the Bills as it has hurt the sentiments of locals, he almost justified legalizing dwellings of migrants. He made no mention of changing the 30-year domicile criterion to get the benefit under the Bill.
“The migrants have encroached on government and communidade lands for decades, and no government in the past tried to evict them or recover the land cost from them. My government has made the move to get the cost of the land,” he said.
CM also justified the Bill, saying it is for mool Goemkars. “Over a lakh of Goans do not have property documents or names not recorded in form I & XIV. This Bill is for them,” he said.
Reacting to CM’s announcements, Minguel Niasso, ST leader from Rawandfond, said they are doing a christening ceremony by announcing name change.
“Changing the name won’t work; the content will remains the same, which is total injustice on the Bhumiputra. This is our land; we cannot give it to someone. Looking at this Bill, it looks like we were safe in Portuguese rule; our land would have been in our hands,” he said.
Adv Carlos Alvares Fereira has questioned Chief Minister Dr Pramod Sawant’s move to rename the BHumiputra Adhikarini Bill.
He asked, “Why this unusual move to rename the Bill and invite suggestions after bulldozing it in the Assembly?’.
He said, “Is it hurting the BJP across Goa, across India and overseas too?
CM cannot rename Bill in his bedroom. Bill has to be tabled back on the floor of the House.”
Also, he questioned whether this is not strange to invite suggestions after the Bill has been passed?
“What mockery! He should withdraw the Bill in toto and restore the faith and confidence of the Goans. Surely he cannot take Goans as fools,” he said.
Adv Clefato Coutinho said the withdrawal of the Bhumiputra Bill by the government with a request for the public to send suggestions is a welcome development and shows the solidarity of people against the government bulldozing a fraudulent law without any discussion and debate and by suspending rules of procedure.
“The announcement of the Chief Minister that the Bill would be introduced in the next assembly session after taking into account public suggestions is a clear signal that the Bill is being withdrawn. The Chief Minister has not stated that the name change would require a nod of the House as Bhumiputra is defined,” he said.
Vinay Velip of Aadi Brigade (SC/ST) organization Quepem asked what will be the difference by changing the name of the Bill is same. This Bill is made keeping eye on migrant vote bank.
“This Bilrulingssed in a hurry without even discussing it in Assembly. At least the rulling party, who have majority of 27 MLAs, should have discussed it in House. Government has nothing to do with the real Bhumiputra; their only intention is to legalize the House of migrants, which are illegally constructed on Comunidade and other Government property,” he said.

Bhumiputrr bill or pill has to go, investigate land violations in Goa.

Not only has the Bhumiputrr bill or pill has to go, but Govt set up committees in every Constituency to audit illegal structures and which officers or burocrat in power has turned a blind eye towards it.

How many cases in Panchayats and Municipal limits are sabotaged and by whom?

Let’s begin with Margao where Bhumiputrr has been crowned kings of Comunidade land by elected representatives.

Scrap Bhumiputra Bill totally. Change of name is not sufficient. If the government is really interested in Goans interest, implement the existing land laws seriously. No need of New laws. Government is custodian of Government land. It is not the father’s property of legislators to give it away like that. Encroachers are offenders. How can government award dignity and self respect to offenders? The bill is abusive not only in its caption but in its substance too. It must be scrapped totally!

If the (Bhumiputra) Bill is not withdrawn, and discarded for good, there is every possibility that most, if not for all, Goans will have to use the NOTA option on the AVMs. Mind it !

Goa Casinos to be renamed as Goa Jua Prashikshan Kendra. Bill to be tabled in winter session. #bhumiputra. Pedro had 2 shots over this. Sangappa has ordered Chicken Tandoori. His party is still on. Goenkars to be named as Pishe. Vinashkale Viparit Buddhi.

Mere title change won’t help.The bottle is to be changed not the sticker..

BJP’s intention to introduce this bill has to be replaced……. and eventually BJP to be replaced at the upcoming assembly elections

They have to make alterations to the total bill itself. Now talke the example. Govt said that they will allot 250sq mtr plinth area to each bhumiputra. Now if he intends to construct house of the same area then he is encroaching in someone’s property otherwise how he will come out of his house secondly his roof water will be falling in others property. This bill is just a big joke and happy to know that the govt realised it sooner or later. Thank you🙏

Thank God!
The word BHUMIPUTRA will be replaced says Hon.C.M.
Also Government ready to study suggestions from the REAL BHUMIPUTRAS.

After a very ‘Try hard to convince’ press conference the CM has now ASKED FOR SUGGESTIONS to be filed regarding Goa Bhumiputra Adhikarini Bill, 2021 at the Goa government website.

RESCIND the BHUMIPUTRA ADHIKARINI BILL, 2021 with immediate effect. ITS an AFFRONT on us SONS n DAUGHTERS of the Soil . DONT alter the etymology of the term BHUMIPUTRA to fatten your vote banks. ENOUGH. STOP EXTERMINATING GOANS.

Bhumiputrr Bill or pill has to go, investigate land violations in Goa.
Not only has the Bhumiputrr bill or pill has to go, but Govt set up committees in every Constituency to audit illegal structures and which officers or burocrat in power has turned a blind eye towards it.
How many cases in Panchayats and Municipal limits are sabotaged and by whom?
Let’s begin with Margao where Bhumiputrr has been crowned kings of Comunidade land by elected representatives.
Open suggestion to the Govt.