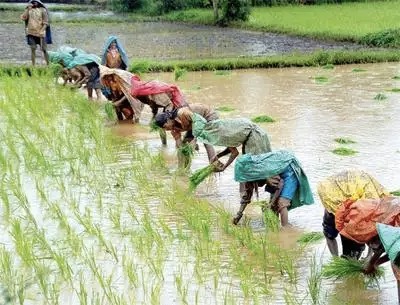 Goemkarponn desk
Today, PONDA: Bharatiya Kisan Sang Goa Pradesh Convenor Sanjeev Cuncolienkar said he has given a memorandum requesting various political parties and candidates contesting the 2022 assembly election to include in their manifestos the multiple issues of Goan farmers, including agricultural policies along with welfare scheme for the betterment of farmers community.
Sanjeev said over the years, farmers issues are remained neglected.
He said there is badly need to prepare a comprehensive agricultural policy in Goa.
“There is a Tourism Policy but not a policy for Agriculture, and due to conflict of interest, the various departments of government are not cooperating with each other, due to which farmers interest is affected,” he said.
He also demanded that the long pending issues of Kumeri, Alwara, Government-owned lands under occupation of local farmers should be settled in favour of farmers.
He also demanded that dedicated settlement officers be deployed at the earliest to resolve land issues about those acquired for Reserved forests (Especially in Kalay and nearby Sanguem Taluka).
“Subsidy payment of all schemes should be made within 30 days of submitting documents. One India Market Policy to be made applicable for all purchases under Agriculture schemes. Farmers organisations progressive farmers should be consulted in structuring/Amending agriculture-related schemes,” he said.
He also demanded that deemed purchase or Sanad Holder of cultivated lands under the Goa Tenancy Act should be covered under Kisan Samman Yojana of Union Government so that the Goan farmers benefit from Central Government Schemes.
Total 16 demands are made to include in manifestoes of Political Parties. Agriculture consists of all cultivations, Dairying, poultry, fisheries, Apiary and allied activities.