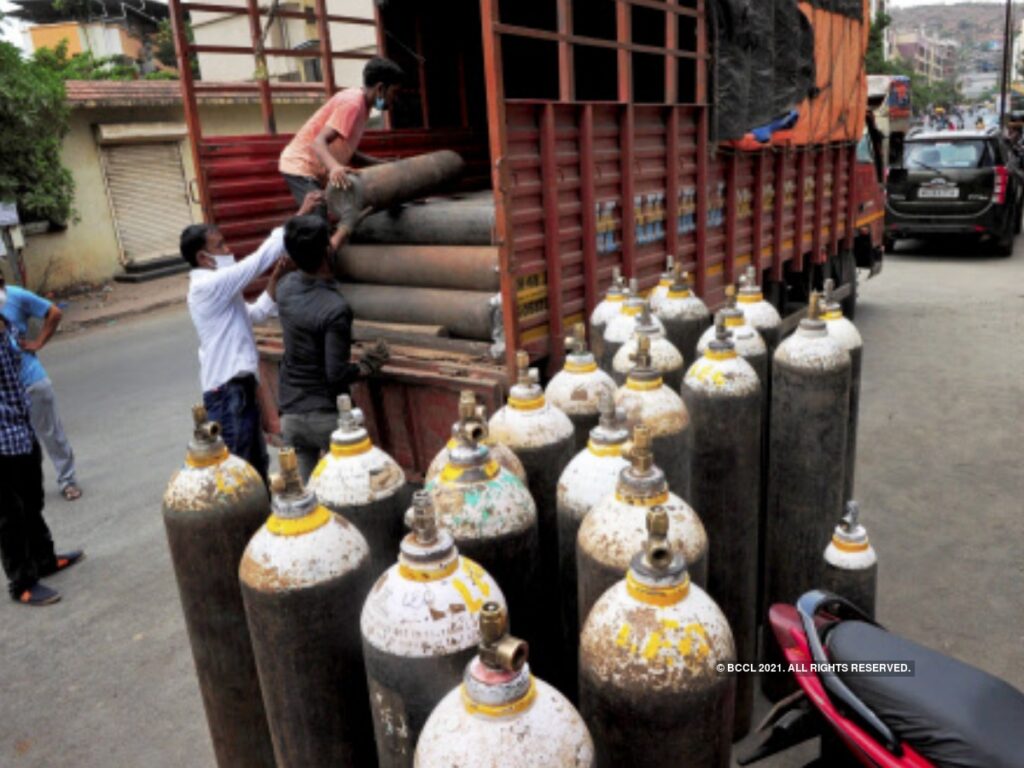 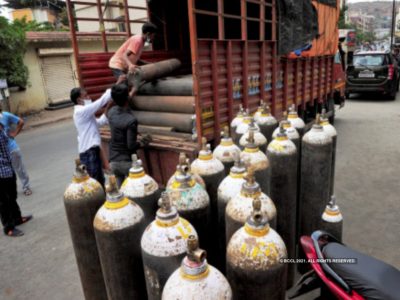 At a time when the entire and State is grappling for a fresh breath of air (Oxygen), the State government seems to be busy celebrating election victories.

Almost 70 per cent of people who died of COVID19 in State were due to delay in providing Oxygen, doctors say.

Even as the Chief Minister Dr Pramod Sawant and the Health Minister Vishwajit Rane may say there is no such shortage of Oxygen, the doctors have a totally different narrative.

“There is absolute shortage of Oxygen, the supplier is sending either half filled or sometimes empty cylinders,” they told Goemkarponn.

As is the case with many other State’s in the country, despite the Central government’s assistance of Rs 2.5 cr for setting up of two medical Oxygen generating plants, the State was sleeping over it for last four months.

Two plants with total capacity of 154.19 MT were to be installed in 32 States/UTs and the Govt. hospitals – Goa Medical College and South Goa District Hospital where these plants are to be installed were identified.

However, doctors allege that taking Oxygen from private supplies serves many officials and politician.

The real SCAM of Oxygen

Where there is Vish, there has to be poison – so goes the saying, yes you read this true.

Goa’s Oxygen shortage is man made or made by our greedy politicians, who do not care about the lives of the people.

Such is the story of Goa’s Oxygen shortage, Govind Poy Oxygen Limited, was the lone supplier for GMC and other hospitals in Goa for over three decades till 2010 and the doctors were satisfied with the supplies.

However, in December 2010, the then Health Minister Vishwajit Rane got a wild dream and felt that there was shortage of Oxygen and there was need to change the supplier.

Subsequently, the minister hand-picked newly chosen Gas producing company supplied to the Goa Medical College, the Arlem based M/s Scoop Industries Pvt Ltd. (The name of the industry itself is a scoop).

Not just GMC, the then government saw to it that M/s Govind Poy supplies were removed from all hospitals, including private.

The effect was such that Govind Poy had to shut one of his plants due to no demand, a doctor told Goemkarponn.

Interestingly, doctors say, the GMC supplies went up to almost 150 % more cylinders than what was normally demanded by Goa’s premier medical institution in 2010.

“Scoop Industries supplied almost two-three times number of oxygen cylinders than what GMC was ordering normally. The losses may have ran into crores,” the experts say.

The doctors further lament that the trolleys supplied by Scoop Industries had many empty cylinders or mostly half the capacity filled.

“This is cruelty, there is a limit to loot. There were never such complaints with Govind Poy supplies. If his supply was continued atleast to other hospitals, the shortage would not arise, “said a senior doctor, refusing to be named.

They also submitted fake bills which were duly authenticated by officials hand in glove with the supplier, the complaint added.

Parsekar, however, has been non-committal in initiating a probe even after the complainant sent a reminder to the government about his complaint filed in 2011.

Laxmikant Parsekar, when in opposition had raised the issue of scams and illegalities during the term of former health minister, Vishwajeet Rane, several times.

Now come 2021, when there is sheer shortage of the Oxygen gas cylinders, the State administration is pressurising the supplier to supply oxygen to Government hospitals.

The top bureaucrat from South Goa was literally begging with Govind Poy Ltd to start supply to GMC and other hospitals.

“Scoop does not have capacity as he never gave the supply what he billed for. So the government after 10 year has to fall back on Govind Poy,” said the doctor.

The Goa Medical College Dean Dr Shivanand Bandekar, who also doubles up as the GMC Medical Superintendent, said that the selecting a supplier is an “administrative decision”.

“I cannot say anything as at that time I was not the Superintendent,” he told Goemkarponn over the phone.

About whether he received complaints from doctors of empty cylinders and over-billing by supplier, he said he had not come across any such issue.

He said currently there is no shortage of supply as we are getting supplies from S.A Oxinitro Plant Pvt Ltd, M/s Scoop Industries Pvt Ltd and M/s Govind Poy Ltd.

About the delay in the installation of Medical Oxygen plants, he said, the work is on and in next 15 days the first plant will come up.