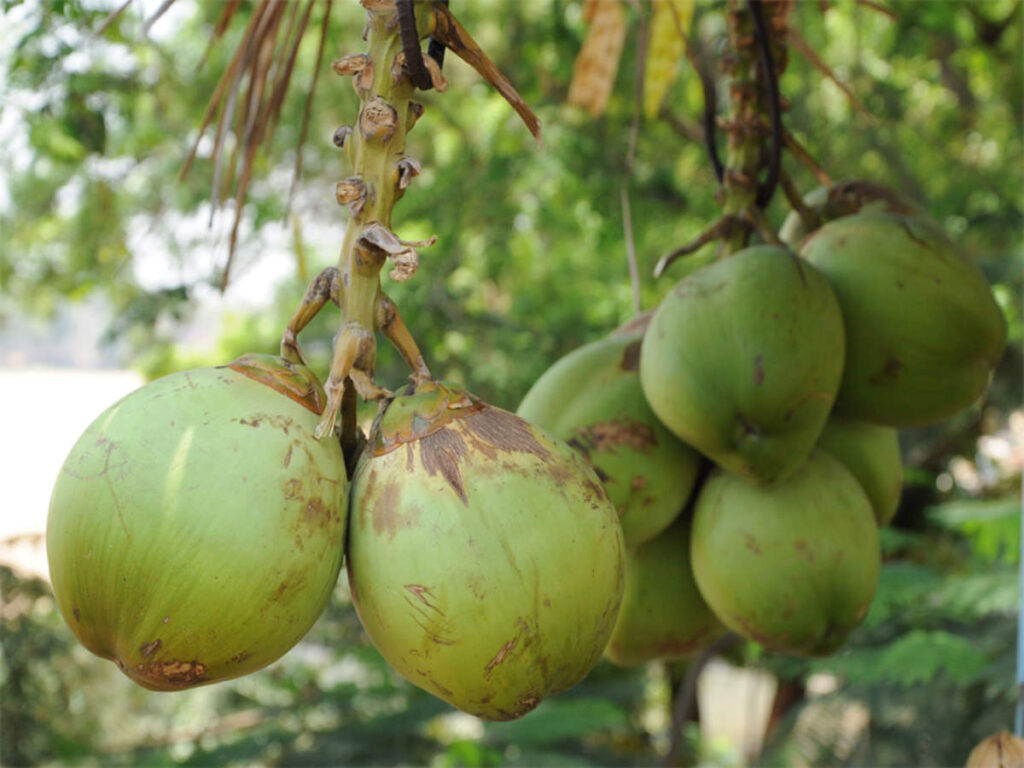 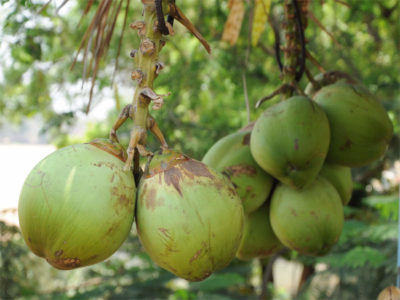 MARGAO: The coconut subsidy scam has exposed the major illegalities in the Agriculture and it has also brought to fore the farmer-officer nexus.
The officers in connivance with a handful of farmers have been cheating the government and the exchequer by producing fake bills.
After the coconut subsidy scam, exposed by Goennkarpon many stakeholders form agro industry thanked Goennkarpon for exposing the truth.
The farmers have pointed the loopholes in the functioning of the department.
Mahesh Keny a staff of agriculture department had claimed extra subsidies on coconut support price.
While speaking to Goemkarpon, Nertaveli-based two-time Sttate Krushi winner Harshad Prabhudessai said that this is a clear case of cheating and the culprit should be put behind bars for cheating the department by producing fake bills.
“One can be easily be caught if while claiming subsidies as all is linked to Krishi card but for that the field officers should personally go to filed seating in office can’t work. This type of cases are going from many years. Actually, there is no need for support price on coconut right know the rates are very good. Horticulture depart should start purchasing the coconut which will stop such type of scams,” he said.
Kiran Prabhu a progressive farmer said that this is a serious crime done by employee and he can’t understand why department is shielding the culprit he has done cheating by producing fake bills.
“When we apply for any schemes officers object for small small things and who they allowed to happen this type of mistake for long term. Govt should recover money and give him strict punishment,” he says.
He said that the bills are sold by coconut merchants @Rs1/ coconuts.
“The Krishi Mitras of Agriculture have become mobile mitra,” he said.
He also alleged that some farmers have cultivation area but no coconut trees,
“Some are having coconut trees but no coconuts as farms are not maintained. Only such farmers prefer to produce bogus bills. In my opinion this subsidies and schemes gives birth to fake farmers,” he said.
Sandesh Raut Dessai, ZAO Quepem, said that the matter is before head office and till now they have not received any instructions
He also refuse to give any information regarding the scam was allowed to happen.
Sandesh said the scam happen in 2016 and he took over Quepem office in 2019.
“I have no idea of the issue I came to know after reading the story on Goenkarponn,” he added.
He said that the ASP is linked to the KRISHI CARD.
Former Agriculture Officer Minguel Braganza says “Krishi Card has the list of the landholder(s), type of holding (owned, co-owned, inherited, tenant, lease, etc), type and area of each crop. Unless the KC is manipulated, ASP fraud is not possible. It needs to be verified”.
“Recovery is not enough, responsibility has to be fixed if there is a fraud,” said Varad Samat a progressive farmer said that this is very bad and disturbing what ever happen.
He said this is a bad trend.
“Culprit should get punishment as per law, recovery is not the punishment it’s a serious crime and from now agriculture officer should take note that such kind of thing should not be happen again,” he said.
Sunil Khanolkar farmer from Curchorem said that the scams can happen if the farmer and ZAO have a good understanding.
“I had heard about officer and dealer nexus but the one Goemkarponn has exposed is first of its kind. The officers are not working in the intent of farmers instead seating in office and doing paper work will not help farmers,” he said.