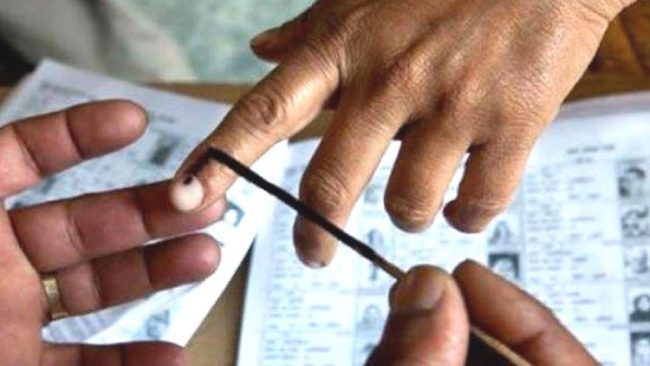 Goemkarponn desk
PONDA: As just a few days are left for Panchayat Election scheduled on 10 August, and the campaign is nearing to end in the next two to three days, the candidates are conducting their door-to-door campaign in full swing along with their supporters seeking votes in their favour.
The Candidates are promising to take up the ward development work, such as constructing gutters and access roads, to win voters.
While some prefer to campaign with prominent supporters, some prefer to visit with two to three supporters and give leaflets and brochures. The voters are taking a cautious approach and welcome all candidates well.
601 Candidates are contesting from 19 Panchayats of Ponda Taluka, while Sanjivani Talekar from ladies reserve ward 1 of Bethki Khandola Panchayat has already been elected unopposed.
The highest nominations 50 are filed from 11 Member Usgao Ganjem Panchayat, followed by 49 from Curti Khandepar, which is also an eleven-member Panchayat, while the lowest Nominations 15 are filed from five member Volvo Panchayat followed by 16 from Wadi Talavalim Panchayat.