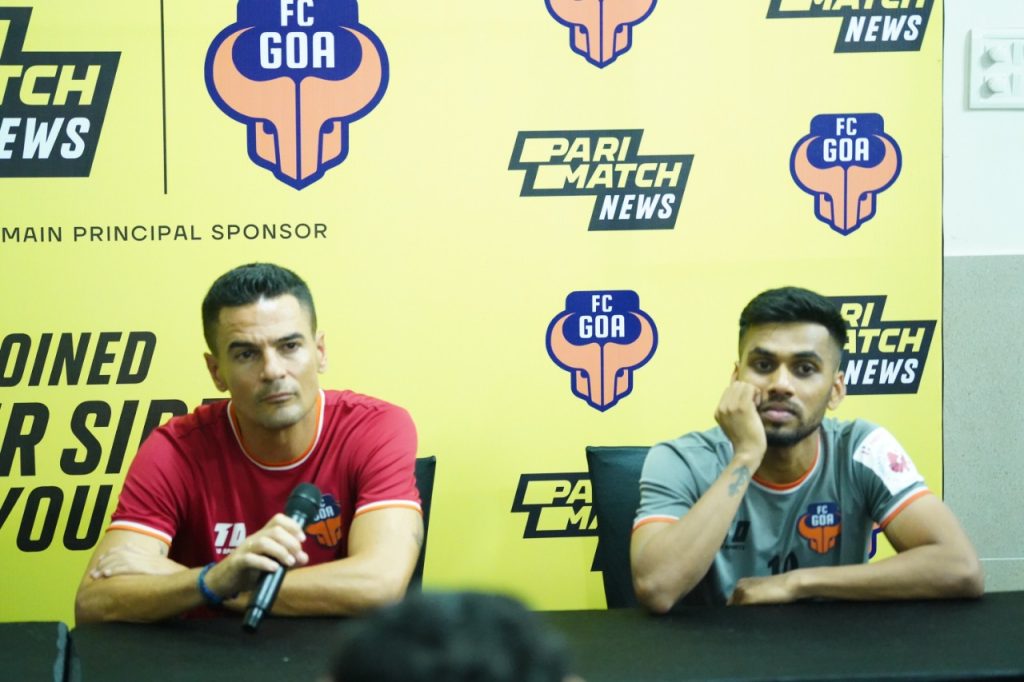 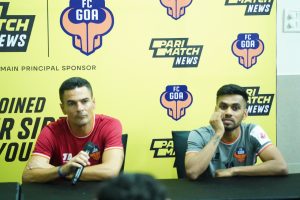 Goemkarponn desk
PANAJI: The festive cheers were ushered in a couple of weeks early for five lucky FC Goa fans thanks to Parimatch News, who gave the lucky winners of their “Fan Quiz” contest exclusive access to the team.
In celebration of their partnership with FC Goa, Parimatch News – the Gaurs’ Principal Sponsor for the season and one of India’s biggest media for sports, e-sports, and entertainment, the event was an effort from the brand to bring the FC Goa faithful closer to the Club.
The event gave five lucky FC Goa fans a chance to take in the Club’s training session at the Salvador do Mundo Football Ground from a vantage point, followed by a meet and greet session with the head coach Carlos Pena, captain Brandon Fernandes and other players.
The patrons were also present with an exclusive array of FC Goa-signed merchandise provided by Parimatch News.
Speaking at the event, Ravi Puskur, FC Goa’s Vice President – Strategy, spoke on the importance of the event. “We are a Club that believes in engaging with our community and fans. This is essential for the growth of the sport in India,” stated Puskur.
“We are fortunate to have partners like PariMatch News, who are aligned with our vision, and this event shows their commitment to the same. We hope to conduct such events further to further strengthen our bonds with our supporters.
Further, Parimatch News created a buzz by boosting the enthusiasm of their patrons with their exclusive array of signed merchandise. The Meet & Greet activity was a great initiative that was highly appreciated by the spectators attending the event.