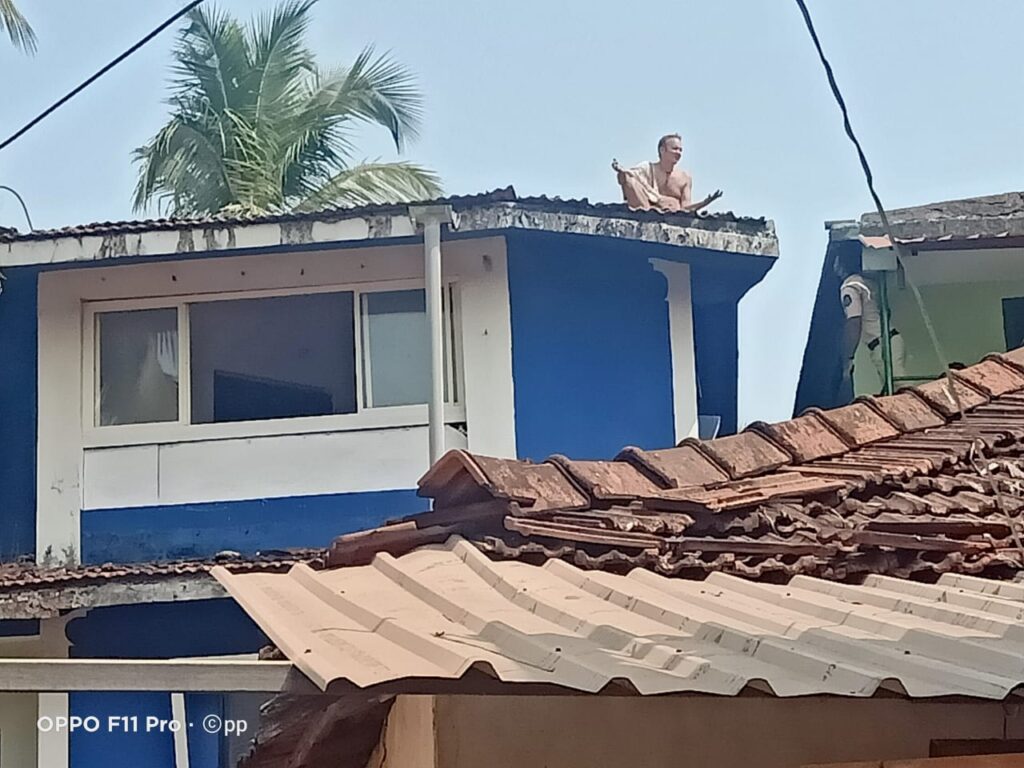 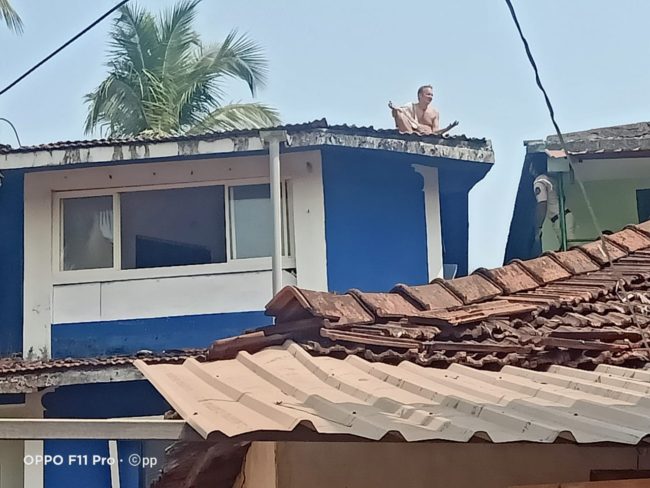 Upon reaching it was found that the Russian national was sitting on the roof of the three storey house.

Further with help of one of the friend of said victim, Fire team managed to confronted the Russian and got the Russian down from the roof.

Russian national was later handed over to the Pernem Constable Rangnath Gaonkar of Pernem police.