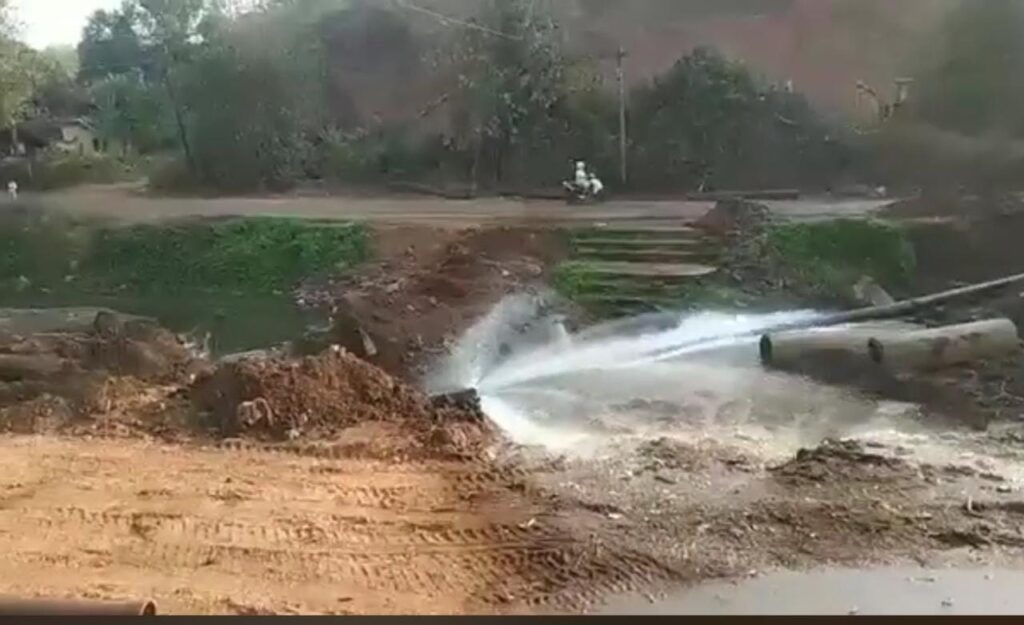 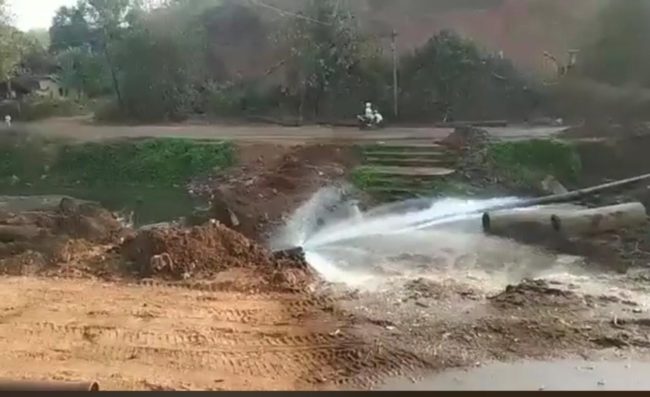 Pernem: The residents of Pernem are furious over the repeated bursting of water pipelines, which they say is causing major harships to them.

On Thursday morning, a water pipeline at Volpya in Vironoda village busted and led to wastage of huge amount of treated water.

While the Pernem taluka is already going through a water crisis, people said that this is the second incident in last two weeks.

From last two days the Pernem taluka has not received water supply as the PWD have declared three days shut down to carry out repair works but the incident of bursting of pipeline and waste of thousands liter water on Thursday at Volpya in Virnoda village made the locals more furious.

People said that they are already facing a water shortage issue but the irresponsible government is not bothered about the same. Pernem taluka faces perennial problems of water shortage and irregular supply throughout the year.

Even during the monsoons. However, despite the concerns raised by locals about the water pipeline, which is almost 40 years old, PWD officials have stated that there is no replacement plan for the same.

During the three days shutdown, PWD is carrying out repair work of pipeline in Pernem taluka and in this process, one of the pipelines at Virnoda busted since the work carried out was of poor quality, locals alleged.