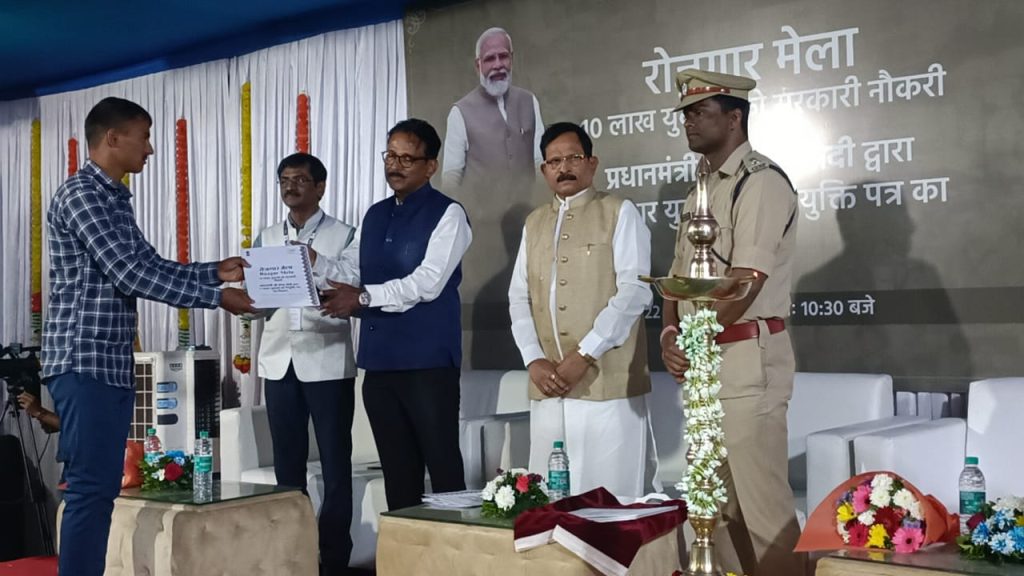 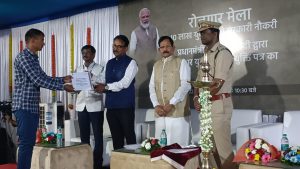 Goemkarponn desk
VASCO: Union Minister of State for Ports and Tourism Shripad Naik on Tuesday said that the world Ayurveda Congress, held once in two years, will be held in Goa and be attended by PM Narendra Modi.
Naik was speaking to reporters after distributing appointment letters to various recruits in the presence of CISF officials, Mornugao Port Authority (MPA) Dy Chairman G P Rai and other officials of the MPA.
“We have the world Ayurveda Congress celebrated once in two years, and this year it will be held in Goa, and PM Narendra Modi will attend this function. We may have the Mopa Airport Inauguration during his visit though the dates have not been finalised as yet. We also have the All India Institute of Ayurveda, which houses two colleges along with a research centre and a 150 bedded Ayush Hospital with OPD at Mopa, which has been completed and may also be inaugurated at the hands of PM Narendra Modi. The one lane of the New Zuari Bridge is also ready, and that also could be inaugurated when PM Narendra Modi arrives in Goa. These Inaugurations are not finalised as yet, but we believe that Modi, during his visit may Inaugurate the mega development projects that are ready,” said Naik.
“PM Narendra Modi had announced that around 10 lakh Government jobs would be given to the people across the country this year. The Government has offered 75,000 Jobs today in the first phase through different programs held across many states. We will have such programs every month, and the world of offering ten lakhs Government jobs will be completed by this year in phase wise manner. We want to ensure that youth get jobs in various departments after conducting interviews and having a selection process,” said Naik.
“As of now, there are Goans as well, but we do not know the exact number. Goa is the CISF centre for states like Goa, Maharashtra and Karnataka, and around 65 people who applied for jobs at the Goa CISF centre are being handed over the appointment letters today,” said Naik.
Naik speaking on tourism activity, said that projects like ropeway and making Goa a port of call was in the pipeline and the discussion stage
“Cruise tourism is vital for the state, and the central tourism department has offered funds while MPA is also trying at their levels to ensure Goa becomes a port of call. There are a lot of tourists wanting to come to Goa, and there is no obstacles of any sort from the state government and central government for funds to boost tourism activities in India. We are also in the discussions on the ropeway projects, which are in the pipeline to make Goa a world-class tourist destination,” said Naik.