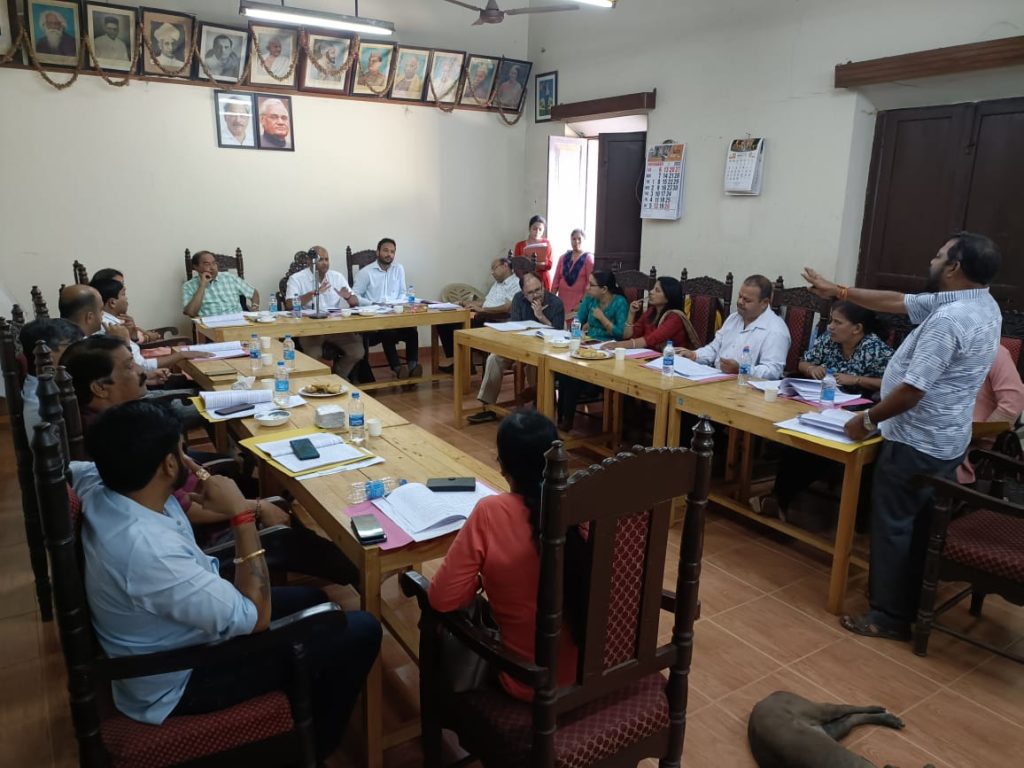 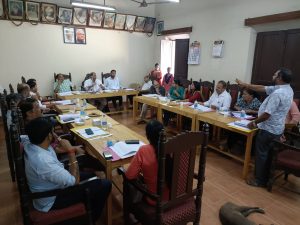 Goemkarponn desk
PONDA: The Ponda Municipal Council ( PMC) had decided to construct an ambitious Palika Bazaar Project by demolishing an old market shed.
To clear the way for the construction of Palika Bazaar. It was decided to shift or rehabilitate the vendors conducting business in an old market shed at the earliest, said Chairperson Ritesh Naik after the council meeting.
He also said that the statues of Dr Babasaheb Ambedkar and Mahatma Gandhi would be erected in the PMC garden near the statue of former PM Lal Bahadur Shastri.
It was also decided to collect the pending house tax and commercial taxes as also Rs one Crore pending recovery from shop owners at Indira Market.
It was also decided to purchase a Night soil tanker, Water tanker, and hearse van using the 15 fiance scheme funds.
The PMC decided to condemn eight old vehicles that were not in working condition. A speed breaker at Kala Mandir would be installed.
The Bio-Diversity committee was formed.
It was also decided to approve additional costs for the transformer construction at Market Complex. PMC also agreed to survey vendors in Ponda Market Shed who had sublet their shops.
Regarding business people’s demand to roll back hikes in house tax and commercial taxes, it is decided to hold a meeting with stakeholders to arrive at an amicable solution.