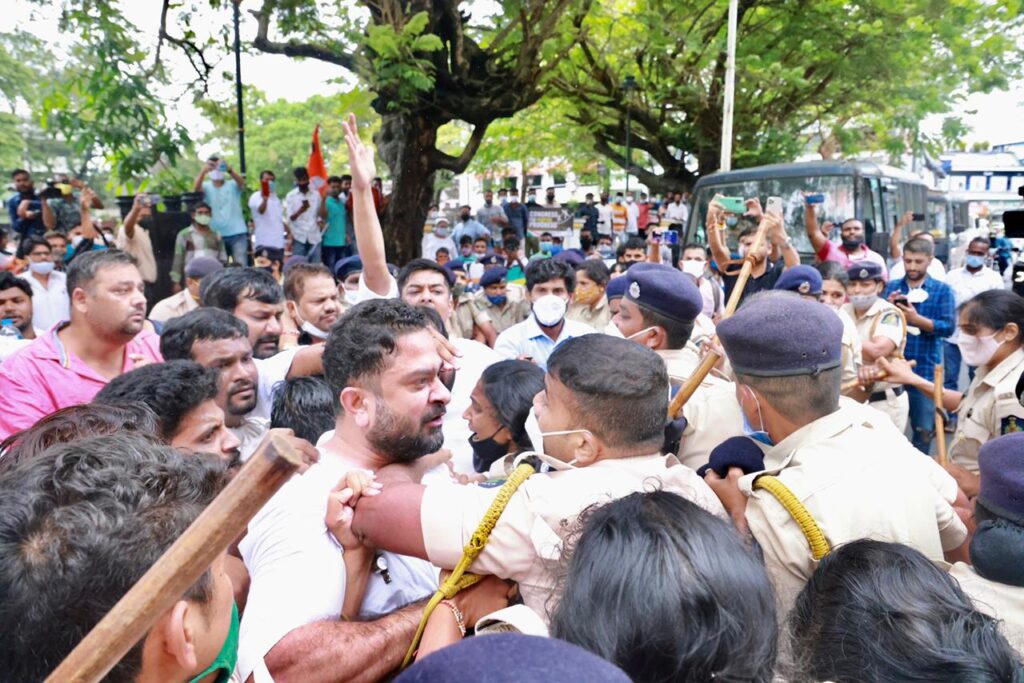 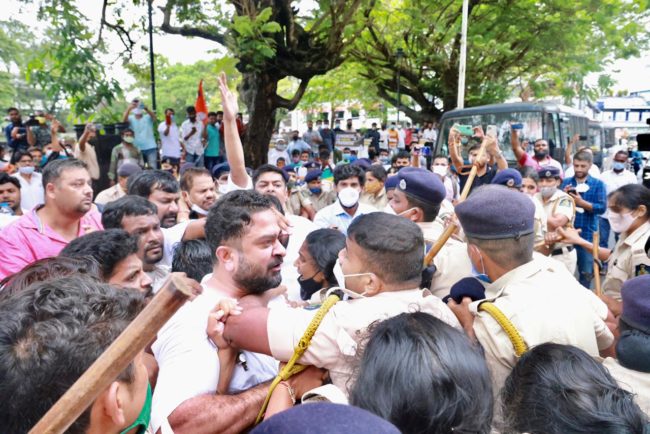 IYC National leader Srinivas BV along with 40 local members of IYC were detained by the Goa Police. The youth workers were initially protesting at Azad Maidan, Panaji against inflation and rising unemployment.

The IYC workers later started their March towards the Chief Minister Dr Pramod Sawant’s official residence at Altinho. On their way, they were stopped by the police, who resorted to lathicharge to disperse the crowd.

“The people of Goa has lost faith in this BJP. Look at the rising unemployment in state and all the inflation, how will the people shell out so much money,” Youth Congress questioned

“Is Goa a democratic state any more?The police lathis will not stop the youth of the country” said IYC National President Srinivas BV

He said that at the behest of Goa CM Pramod Sawant, Goa police is not allowing us to protest against issued related to Goans & rising fuel / LPG prices in Panjim Goa.

“BJP government in Madhya Pradesh and centre are afraid to face real issues of rising prices and unemployment and therefore adjourning the Assembly and Parliament before the scheduled time,” Srinivas said

The police action was strongly condemned by the senior Congress leaders.

Leader of Opposition Digambar Kamat said that it is shame that government resorted to brutal Lathicharge on IYC National President Goa President Varad Mardolkar and other Functionaries while protesting against failures of Government to provide employment & control inflation.

GPCC President Girish Chodankar termed the lathi charge as illegal questioning the CM of how orders were given to police for lathicharge.

“We demand an inquiry into the incident. How could the police do such a thing. We have democratic right to protest,” said Chodankar

He also said that many youth members were injured during the incident.