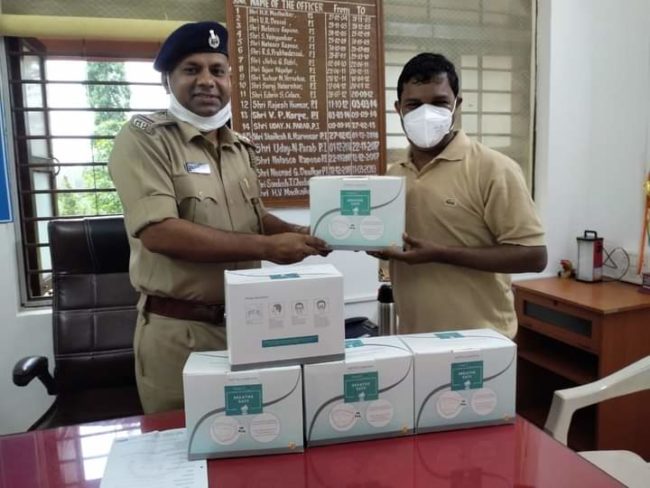 Despite transfer in Feb, Sherif Jaques continues to as VERNA PI
Two high-profile cases related to the police station transferred to Crime Branch; Verna PI himself under suspicion

Goemkarponn desk
VASCO: The triple suicide at Zuarinagar has put a big question mark on police role in the development.
Moreover, the role of Verna Police Inspector Sherif Jacques is under scanner for allegedly torturing the lady Devamma on suspicion of the theft case.
However, what is now come to the fore is that the police inspector was transferred to the Security department by an order issued on 22 February 2021. 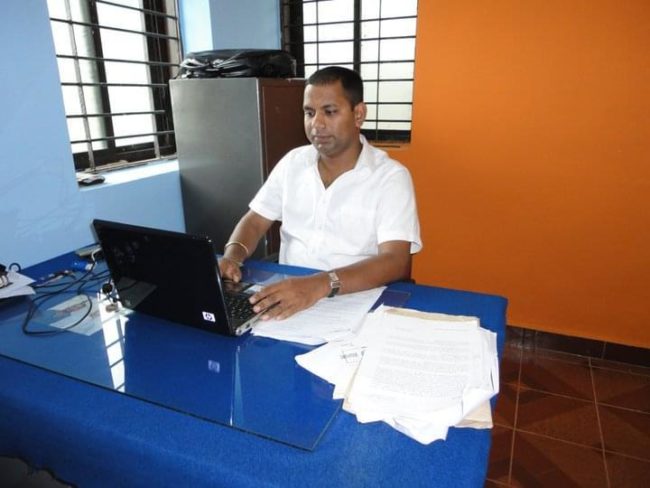 Police Inspector, Prashal P. Naik, attached to Cyber Cell, Ribandar, was transferred to the Verna police station.
However, Sherif Jacques continues to enjoy his posting in Verna. Shockingly, the order also hasn’t been cancelled yet.
Sources said the police inspector enjoys the blessings of the Mormugao-based minister in the State Cabinet, and hence he isn’t being moved out of the taluka.
Two cases from Verna police station have been transferred to the Crime Branch in a week – the first one of triple suicide and the second attack on RTI activist Narayan Naik.
Hours after some prominent politicians from Sancoale were summoned by the police in connection with the assault on RTI activist Narayan Naik, the government on Monday transferred the case to the crime branch of Goa police.
Within 24 hours of the assault, police had arrested the main accused, Ram Gopal Yadav alias Kariya who is learnt to have revealed the names of the other persons who are directly or indirectly linked with the case.
Police sources said that Kariya, who confessed his crime, revealed some influential politicians of the Sancoale panchayat.
Verna Police inspector Sherif Jaques is also under suspicion, and hence the case has been transferred to Crime Branch.
Despite the two high-profile cases transferred to the Crime Branch in a week, Jaques continues to stay at Verna.

National Confederation of Human Rights Organisations and Council for Social Justice and Peace, an NGO, has demanded the constitution of an independent time-bound commission of inquiry to look into the matter.
In a statement, they said the in-charge of the concerned police station and other officers handling the case was suspended pending the inquiry. It added Kumar’s announcement for a probe “smacks of wilful conspiracy to protect the police in uniform”.
The groups have stated that they are forced to ask why the post mortem of the bodies was conducted at the Goa Medical College at Bambolim in North Goa when the entire incident happened in the South District, and consequently why the bodies were not taken to the South Goa District Hospital for examination; and further, as to why the post mortem was conducted by postgraduate students and a junior medical officer and not by any senior postgraduate medical officer.
They have stated that this smacks the discriminatory attitude with which the police and the medical authorities have handled a serious matter involving three unnatural deaths. This question needs to be examined separately under the GMC and Health Department authorities, and credible answers must be forthcoming, the groups have remarked.
The groups have also pointed out that the police have disseminated selective and biased information to the media, which could prejudice public perceptions that defame the deceased victims from a sheer class bias. The note alleged to be written by the deceased is yet to be proven as authentic. The information we have suggests that none of the deceased victims was literate. What real evidence does the police have that the victims authored the note? Did they compare any two handwritings of the said victims that would justify their findings?