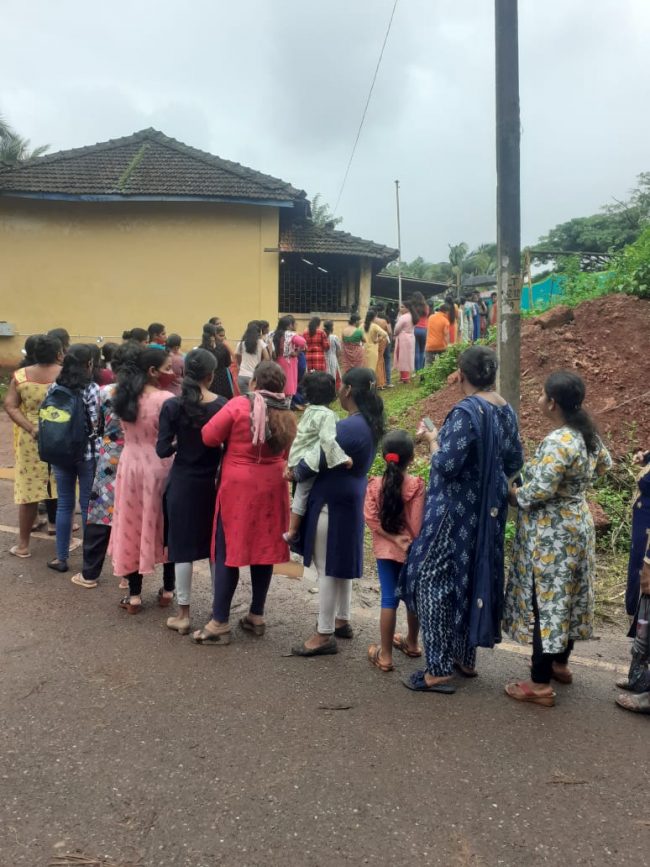 Goemkarponn desk
PONDA: Pondaitees expect parivartan in Panchayat Election after the announcement of results on Friday
A total of 80.20 per cent voting was recorded in Ponda 19 Panchayat.
Though Panchayat is not on party lines, Politicians’ interference created unhappiness among candidates as Politicians selected some candidates. However, among the contestant, most youths are below the age group of 30 years and gave a tough fight against candidates fielded by politicians.
The new generation favoured voting for new candidates rather than the old ones contesting again.
Elderly citizens, too, show eagerness to cast a vote and reach the polling booth.
In some booths, there are direct contests, while at some stalls, there are multiple contests. Even in the Ward of Shiroda, there were nine candidates, and voters found the symbol of their favourite candidate and voted for him.
The highest percentage of above 88 per cent was recorded by two panchayats, namely Bhoma Adkona and Volvoi Panchayat, while Panchawadi recorded the lowest, 71.44 percent.
The Panchayat wise polling percentage is Bandora 76.94, Bethki Khandola 84.23 percent, Bethora Nirankal 86.15 percent, Bhoma Adkona 88.36, Borim 82.27, Cundaim 85.78, Curti Khandepar74.68, Durbhat 85.64, Marcaim 85.32, Panchawadi 71.64, Querim 86.37, Queula 75.67, Shiroda 72.55, Tivrem Vargao 84.15, Usgao Ganjem80.94, Veling Priol Cuncoliem 82.60, Verem Vagurme 82.79, Volvoi 88.32, Wadi Talavalim 86.61percent.
The GPS polling booth at Davshirem polled record 98 percent voting wherein out of a total 738 the voting was recorded 724.
While Ward number 1 of Volvoi, 7 of Veling Priol Cuncoliem, Ward 3 of Bethki Khandola, Ward 2 of Bhoma Adkona recorded each 91 percent and above voting.