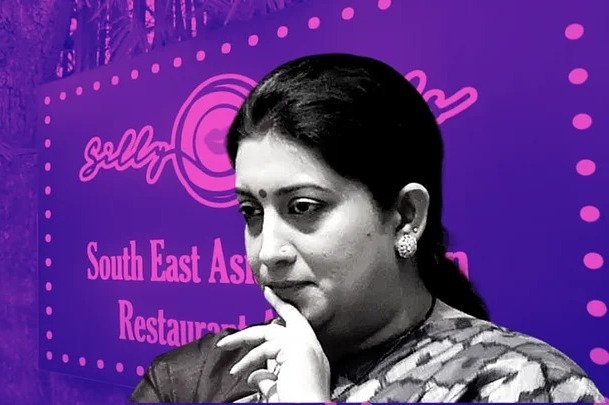 Goemkarponn desk
PANAJI: Goa’s Chief Town Planner (CTP) has directed the North Goa Senior Town Planner to inspect and take urgent necessary action on the complaint filed against the illegal construction and landfilling of the tenanted field by the upmarket ‘Silly Souls Café and Bar’.
The bar is allegedly run by Union Minister for Women and Child Development Smriti Irani’s family at Bhouta Vaddo in Assagao Village.
Adv. Rodrigues, on July 28th, had submitted a complaint to the CTP seeking the immediate intervention of the Town & Country Planning department into the illegal change of land use and filling of low lying tenanted field in rank contravention of law to erect the now controversial restaurant being run by Smriti Irani’s family.
While the Excise Commissioner has initiated an inquiry into the complaint filed by Adv. Aires Rodrigues over the illegal liquor license issued to the restaurant, the Director of Panchayats has directed the Mapusa Block Development Officer to probe the complaint by Adv. Rodrigues that the restaurant was built without obtaining the necessary permissions from the local Panchayat and other authorities.
On Friday, teh Excise Commissioner framed two issues for determination, the first being whether the excise licence was obtained by submitting false and inadequate documents and by misrepresenting facts.
The second issue was whether there were procedural irregularities on the part of the Excise officials.