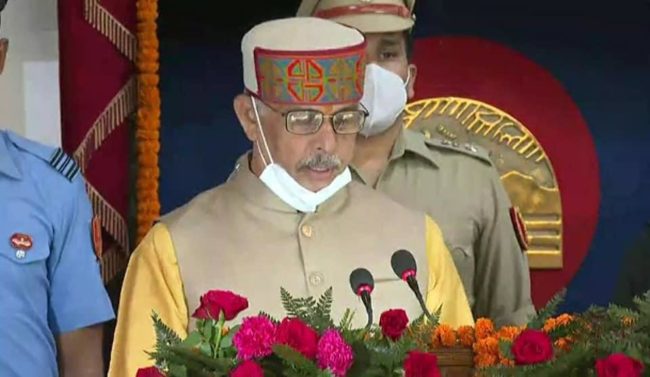 Arlekar  said, “Nobody from Goa has become a Governor so far. I am happy that I am the first one. Destiny gave me this responsibility. What more can I say?” Stating that his appointment as the Governor shows that leaders and leadership are important in the BJP, Arlekar said that it’s a party that believes in its leaders, adding that the President, Prime Minister, Home Minister, and the party had faith in him.

Arlekar, who replace Badaru Dattatreya, is the 21st Governor of Himachal Pradesh. He had also stated that he received a call from Prime Minister Narendra Modi followed by calls from President Ram Nath Kovind and Himachal Pradesh Chief Minister Jai Ram Thakur.b