Salkar gets “taximen” support in Vasco 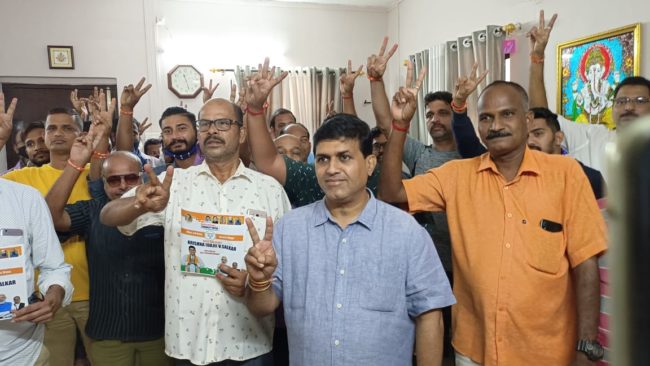 VASCO: United Taximen Association, Vasco extended their unconditional support to the Vasco BJP candidate Krishna (Daji) Salkar. Taximen felt that their grievances would be solved better under the BJPs leadership.
On Thursday, Several members of the United taximen union of Vasco working at the Dabolim international airport extended their support to the Daji Salkar, stating that their various issues pertaining to the taxi business have been solved by the former Dabolim MLA Mauvin Godinho and the former Mormugao MLA Milind Naik during their tenure.
Salkar later told the media that the BJP government would support the taximen and other self-employed pilots. He said that a few days back, he received support from the minorities from the Vasco constituency and now, with the support of taximen, the BJP will get more strength in Vasco.