Sardinha suddenly wakes up to “Dhirio” issue in South Goa 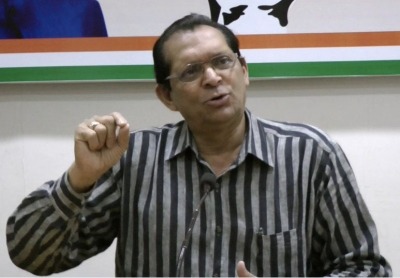 MARGAO: As the fast election approaches, the “Dhirio” issue has hot up again in South Goa.
Today Member of Parliament Francisco Sardinha said he is in favour of “Dhirio” in Goa.
Sardinha claimed that Goans love Dhirio sport, and there is no cruelty on the animals in Dhiio, but the owners of these cattle take more care of them.
During the press conference in Margao on Wednesday, South Goa MP claimed that Goans love and want to see “Dhirio” sport in Goa and this sport takes place secretly in villages.
When asked whether there is no cruelty against these cattle when the Dhirio fights are organised, Sardinha further opined that there is no cruelty in “Dhirio” fights, and in fact the owners of these cattle take more care of their cattle who fight Dhirio.
He also pointed out that he had raised and favoured Dhirio sport at the political forums too, but he did not get any support.
Further, commenting on other issues, Sardinha demanded that the government put an effort to improve the cellular connectivity in Goa and claimed that due to poor cellular connectivity, people of all age groups face inconvenience.
Commenting on the front line medical staff, Sardinha said that these frontline medical staff should be considered for the permanent posts by the government.
Taking a potshot at BJP minister Babu Azgaonkar, Sardinha questioned that the recent promise was given by Azgaonkar to some people of Margao that the Kabrastan issue at Sonsodo will be solved by BJP now, Sardinha questioned why did BJP didn’t solve it all these while?