Saving snakes is the passion of this youth 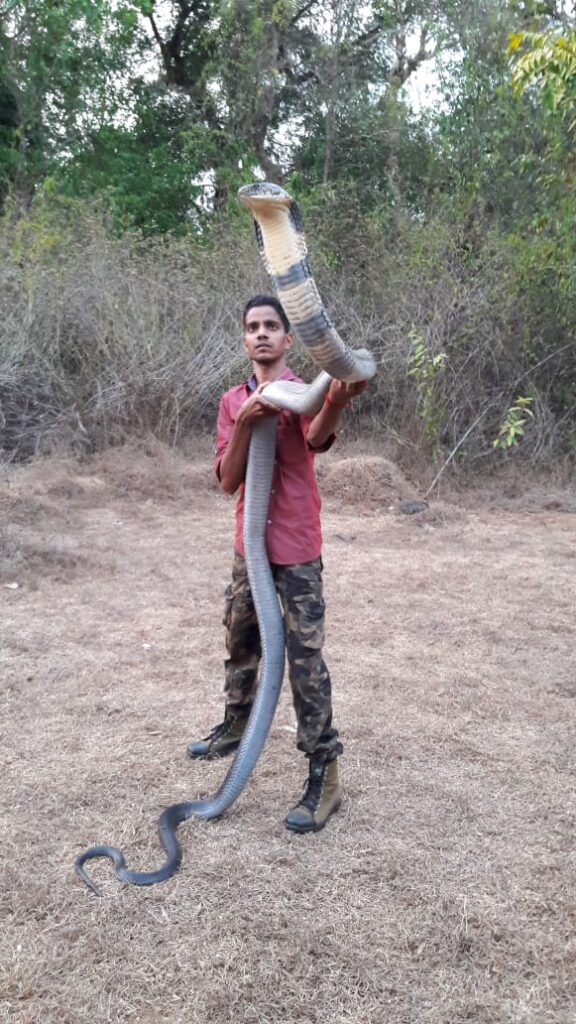 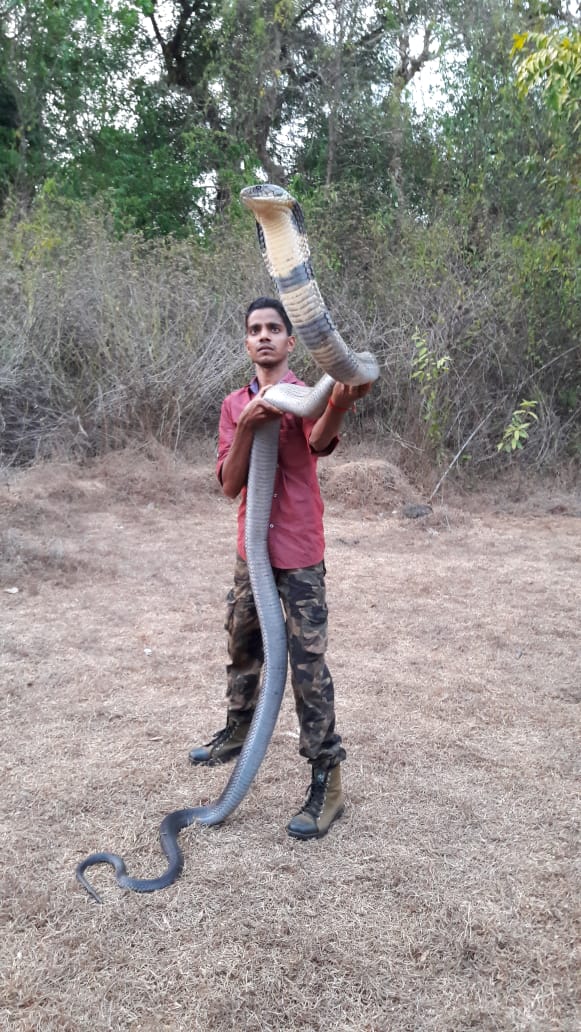 Goemkarponn desk
VALPOI: In Sattari taluka, which is close to the Western Ghats, snake bites have been on the rise in recent times.
Catching snakes was once a difficult task in Satari taluka in the past, but now, thanks to the good service of Sarpamitra, a good solution has been found to the fear of the citizens.
In Sattari taluka today, many snake friends are seen working with a selfless spirit like Vinod Sawant, a resident of Pali in the Thane Panchayat area, who has so far rescued more than 1600 snakes, which includes the 29 King Cobra, 200 Spectral Cobra in particular.
Vinod Sawant became the snake friend of Goa. after receiving formal training from Amritsingh.

So far 1600 lives have been saved…
Talking to Goemkarponn, Vinod Sawant said that so far 1600 snakes have been rescued.
He has saved the snake’s lives without any expectation in different places of the taluka.
“This is my passion for saving the lives of snakes, which I have been doing for the last seven years,” he said.
He added, “this is my way of saving nature.”

29 King Cobra rescued
Vinod Says in the last seven years, he has captured and saved 29 King Cobras.
“If this King Cobra had not been rescued, it would have been wiped out from our forests today. Most of the King Cobras were intruders,” he said.
This caused misery to the family in the house concerned. 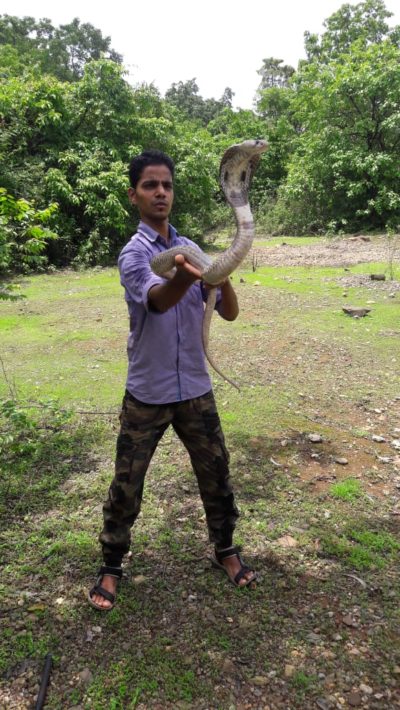 13.50 King Cobra rescued
He said that they have rescued a 13.50 feet long King Cobra.
This King Cobra was the longest.
Vinod says he rescued a king cobra on a tree in Sattari.
“There was a considerable risk to catch it. However, climbing the tree and catching Cobra without injuring himself is still fresh in my mind,” he says.
He says it is essential to save the lives of snakes. “Snakes are a necessary factor of biodiversity. Instead of killing them, people must call Sarpamitras to rescue.”