Sawant was appointed as CM for sellout of Mhadei:: Goa Forward. 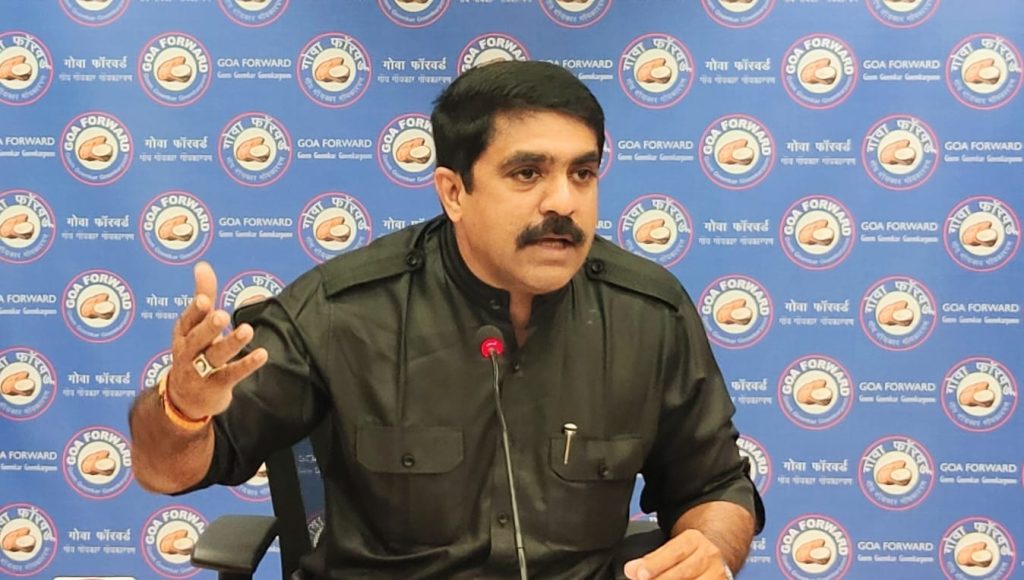 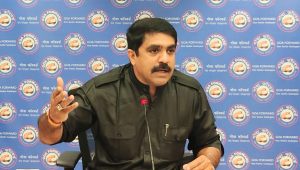 Goemkarponn desk
PANAJI: Goa Forward President Vijai Sardesai, while taking Goa Chief Minister Dr Pramod Sawant to task on the Mhadei river issue, said he was appointed as CM only for the sellout of Mhadei to Karnataka.
“Sawant was never serious on Mhadei. His predecessor had set up a full-fledged Mhadei Office at Goa Niwas on the 1st floor, which is now shut. Earlier, One AE and One JE were permanently stationed on a rotation basis for 15 days which the BJP Govt also stopped”, Sardesai said.
Dr Pramod Sawant led BJP Govt neither pressed for the cases in the Supreme Court, nor politically applied pressure in Delhi in the interest of Goa said Sardesai. A couple of days ago, Sawant was summoned to Delhi by the BJP High Command and was categorically told in front of BJP leaders from Karnataka that the DPR of Karnataka regarding the Kalasa-Bandura Project on Mhadei would be approved, and if needed, Goa Govt may move the Supreme Court. “Sawant did not even utter a word in the meeting,” said Fatorda MLA Vijai Sardesai with shock.
During his tenure, Manohar Parrikar had appointed a team of Senior Goan Lawyers led by Former AG of Goa Atmaram Nadkarni to fight the Mhadei case, but the moment Dr Pramod Sawant became CM, he shunted out the Goan lawyers and appointed a lawyer from Delhi, who gave consent in the Supreme Court on behalf of the Goa Govt that Goa doesn’t have any objections to notify the Mhadei Award by the Tribunal. This was the final nail in the coffin, said a disappointed Vijai Sardesai.
“On 5th August, when media reported in Goa that Karnataka is doing violation at the site, I had urgently written to the Chief Secretary demanding an immediate site inspection by the Govt Govt. Subsequently, our Party called for information under RTI on the matter on 11th Oct 2022, asking for the Action Taken Report on the note moved by me on 5th August 2022”, explained Sardesai. “On 17th Nov 2022, I, environmentalist Rajendra Kerkar and my party colleagues, went for an inspection at the Kalasa Bandura site in the forests of Karnataka, and found gross violations, and did a live telecast on social media”, added Sardesai.
Vijai Sardesai said that it’s only today, on the 30th of Dec 2022, that we received a reply for our RTI dated 11th Oct 2022. It was on 17th Nov 2022 that Pramod Sawant wrote a letter to Karnataka CM asking to facilitate the inspection of the site citing news reports that appeared on 5th August 2022. “17th Nov was the same day when I went for an inspection,” said Sardesai, adding, “why would the CM of Karnataka allow site inspection by Goa Officials within the jurisdiction of their state?”. Questioned Vijai Sardesai.
It’s evident from the actions of the BJP Govt that Dr Pramod Sawant was appointed as CM for the sellout of Mhadei to Karnataka, and he must step down immediately in the interest of Goa and Goans, Vijai Sardesai insisted.