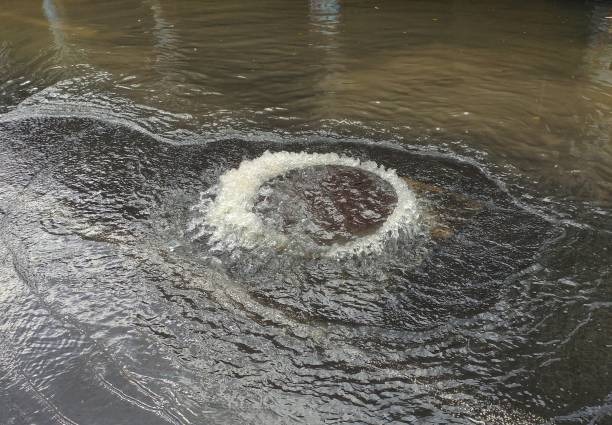 Goemkarponn desk
PANAJI: Shadow Council for Margao today called upon the Sewerage department to inspect the overflowing sewage chambers at Colmorod. Local residents, along with SCM Convener and Ex Councillor of ward no 20 Savio Coutinho, explained to the Assistant Engineer of Sewerage Department Rosy Borges, the immense hardships they face on account of the overflowing sewage.
Coutinho demanded that the department, on top priority, find a permanent solution to this problem. He informed that sewage fountains are seen at 3 locations in the ward viz., on the 4-lane main road, near Gomati Building and behind ESI Hospital.
“The hardship due to the overflowing sewage is not limited to foul stench only but poses a serious problem to many passersby, who get splashed with sewage by the moving vehicles,” Coutinho informed.
Even school-going children are forced to go wading through the filthy water, while the sewage eventually flows into the low-lying areas and is turning into a “nursery” for diseases like dengue and malaria, Mr Coutinho lamented.
“While on the one hand, the Margao Municipal Council slaps Rs. 5000/- fines on residential/commercial premises for letting sewage flow into the drains, but eventually the sewage of the connected premises overflows through the manholes. Isn’t this an irony of sorts?” Coutinho questioned.
Coming down heavily on the shoddy and substandard works executed by the sewerage department Contractor, Coutinho charged that the general public is suffering because of the poor planning and execution of the infamous JICA PROJECT.
“We had been consistently pointing out the flaws during the execution of the work at different stages, but none of the powers that be were in the mood to pull up those responsible for the shoddy work, as there were ‘obvious reasons’ not to do so”, Coutinho said.
Even when the sewerage network lines were found defective, the department’s engineers were forced by politicians to complete the process of taking over the defective project, Coutinho charged.
There were several locations where Manholes were not water-tight, and groundwater was found seeping into the Manholes even as late as May when the groundwater table was at the lowest level, he stated further. At some locations, the lines were found to have a reverse slope, and inspite of these defects, the handover was completed without rectification.
Coutinho warned that the present situation of the emerging fountains is considered to be because of rainwater entering the network lines. However, one has to consider the fact that all the premises in Margao are yet to be connected to the network; as such, upon the same being completed, we will have sewage fountains all the 12 months of the year Coutinho cautioned.
Sewerage department Assistant Engineer Ms Rosy Borges and Technical Assistant Ms Laxmi took stock of the situation and assured the residents of attending to the problem at the earliest, no sooner than a dry spell emerged.

Ponda Police registered an offence against five including SIDCGL for negligence

Goemkarponn Desk PANAJI: In accordance with COVID-19 appropriate behaviour and norms, the department of women and child welfare will restart anganwadis across the state from ... Read More