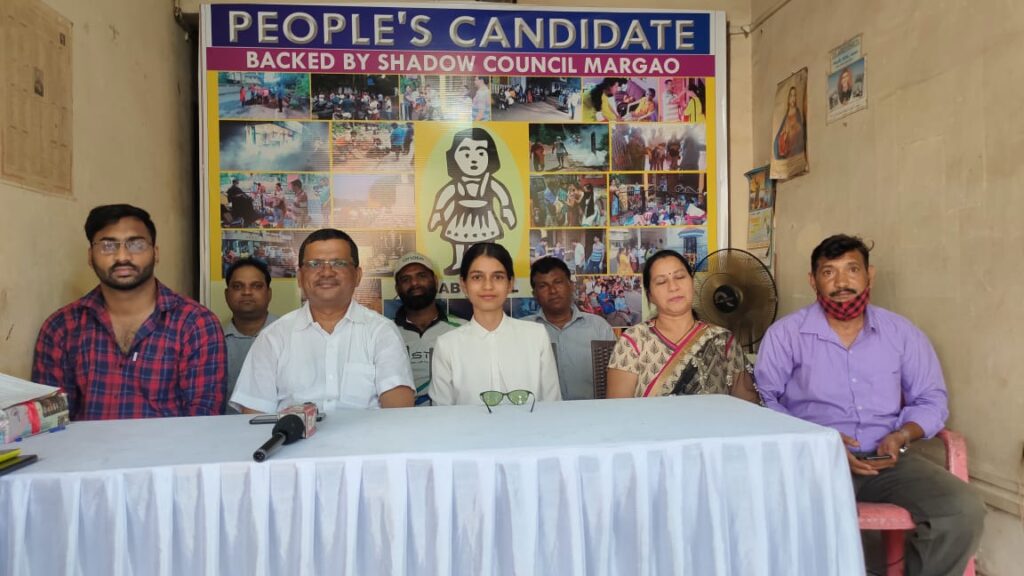 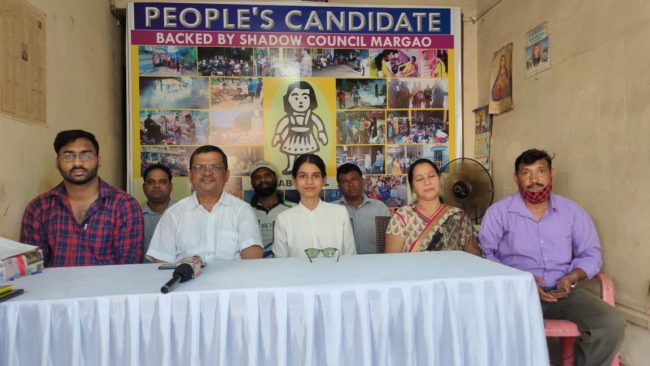 Margao: The Shadow Council for Margao today, criticized the politicians taking credit for their success in the legal battle against the reservations, which eventually ended in the postponement of the Elections to 5 Municipal Councils. SCM Convener

Coutinho lamented that on one hand the leaders portrayed themselves as savior’s of the Women/OBC/ST candidates but after the victory in the legal battle against the ward reservations, they are found to be planting candidates either belonging to other wards or their own kith and kin.

“The objective of the law relating to reservation is for the weaker sections of society to benefit from it. There is also another provision requiring the reservations to be allotted by “rotation”, stated Adv. Seoula Vas candidate of SCM.

“The reasoning behind reserving wards by rotation is so that the voters of each ward gets the benefit of reservation. However what we are seeing is, political parties instead of selecting candidates from the ward itself and giving opportunity, seem to be in mistrust of the people and instead are rotating their own panel in these wards. So it has become a situation not of rotation of reservation but subverting the spirit of the law by rotation of candidates, charged Adv. Seoula Vas.

The cancellation of the election process makes absolutely no difference to these parties and their candidates, as they have tons of money to extravagantly spend during the election’s. And this fact is well witnessed all around. Do they even bother about the genuinely interested candidates who have a sincere desire to work for their city?, questions SCM.

Today is the 21st of March and all the candidates who toiled so much, campaigning in their respective ward’s, would have been done with the elections. It is indeed a pity that the voters are considered to be foolish by these people, who have only their self interest as a priority at all times.

“We once again appeal to all the candidates and the constituents to unite and reject the panel’s nominated by the political parties responsible for this political Circus”, Mr. Coutinho prayed.