SEC declares elections to 5 municipalities as null and void 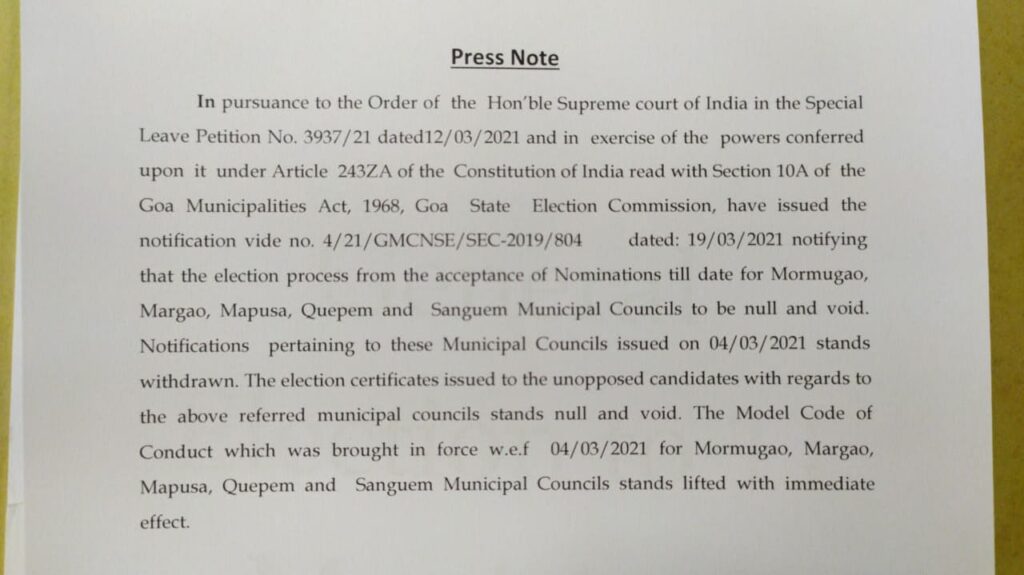 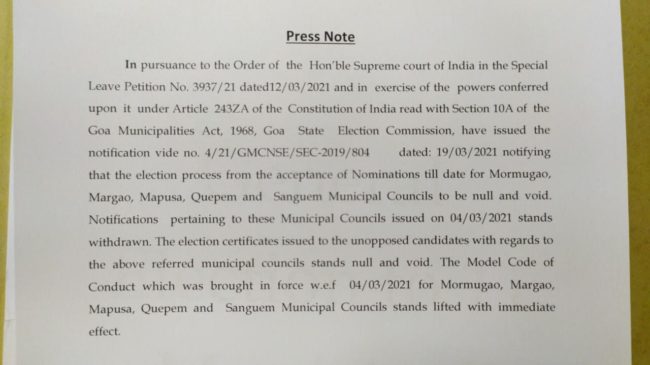 “Election process from the acceptance of Nominations till date for Mormugao, Margao, Mapusa, Quepem and Sanguem Municipal Councils to be null and void. Notifications pertaining to these Municipal Councils issued on 04/03/2021 stands withdrawn,” the SEC said in a press note

The SEC further informed that election certificates issued to the unopposed candidates with regards to the above referred municipal councils stands null and void.

Meanwhile, the Model Code of Conduct which was brought in force w.e.f 04/03/2021 for Mormugao, Margao, Mapusa, Quepem and Sanguem Municipal Councils stands lifted with immediate.