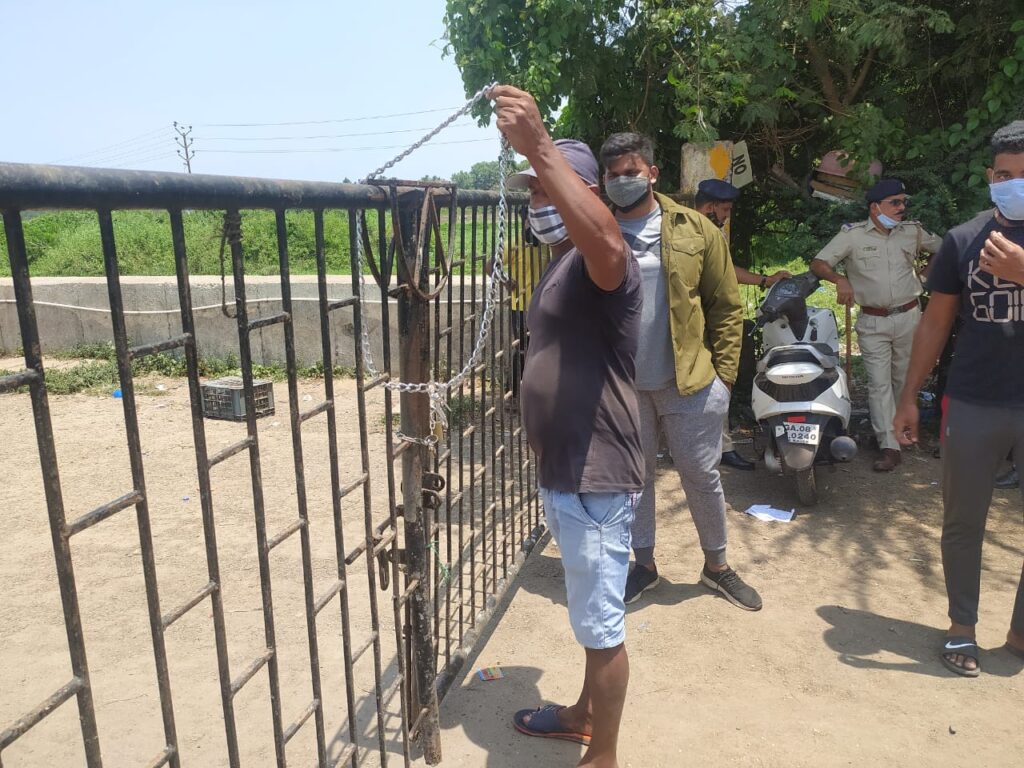 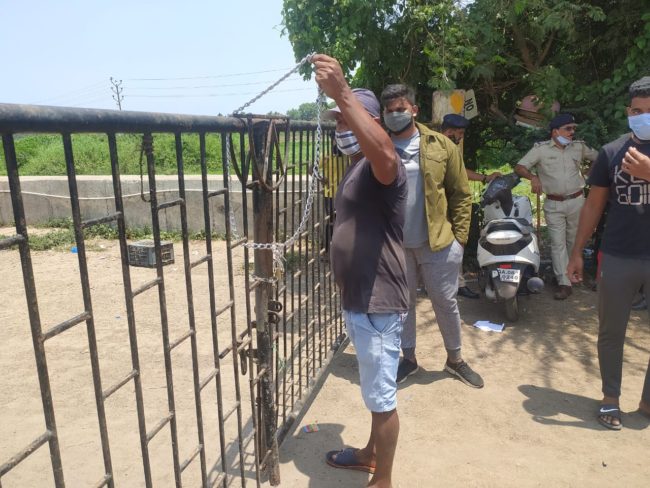 Goemkarponn desk
MARGAO: The Wholesale fish market at the SGPDA, Margao was locked after the Wholesale Trader’s Association refused to pay SOPO to the contractor Milagres Fernandes.
Since morning tense situation prevailed at the SGPDA Market as the wholesalers refused to pay SOPO alleging huge scam in collection.
After the traders refused to pay SOPO, the SGPDA Member Secretary asked the gates to be locked.
After the gates were closed all vehicles too remained locked inside the market area.
The traders refused to pay SOPO to contractor saying he is not authorised to collect and SGPDA should immediately issue the tender of SOPO collection.
Later the members went to meet member Secretary of SGPDA and told her that they will pay the amount to SGPDA and gave her cheque of 90 thousand.
The wholesale fish traders association is firm on decision that they won’t pay money to SOPO contractor.
“We want SGPDA to legally appoint the SOPO contractor. This is going on from last one year it looks like there is foul play and hand in game with SGPDA and SOPO contractor. We have decided not to pay the SOPO contractor and will only pay to SGPDA. If they continue with same we will stop bringing fish,” Maulana Ibrahim, president of Wholesale Fish Traders Association, told Goemakrponn.
Ibrahim said that they don’t have any personal conflicts with SOPO contractor and only want SGPDA to allot tender legally.
“It’s now more than a. He termed it as match fixing between the SGPDA body and SOPO contractor. The traders have decided not to pay a single rupee to sopo contractor and they will pay to SGPDA directly they are also ready to close the market it the issue is solved by SGPDA,” he said.
Wholesale fish traders on Tuesday morning gathered in large numbers outside Fatorda police station and the delegation headed by president Maulana Ibrahim met PI Fatorda Kapil Nayak and submitted the complaint.
The PI listened to their grievances and advised them to give a memorandum to South Goa collector.
He, however, warned both parties – fish traders as well as SOPO contractor, not to create law and order situation.
While speaking to media Maulana Ibrahim said that harassment and extortion is being done by SOPO contractor and his bouncers.
“The SGPDA should put in writing and boards about who will collect SOPO. There must be a contract letter and batches be given to all workers who collect SOPO,” he said.
Maulana says, he has written letters to SGPDA chairman and member Secretary but they are not taking the matter seriously.
“I don’t understand why SGPDA is not putting the tender of SOPO collection,” he said.
Ibrahim further said the condition of market is very bad and traders had asked SGPDA to give association five thousand square meter land, which will be maintained by the association.
“In return we had agreed to pay fixed amount. this will solve the tussle and SGPDA will get good amount and the market too will be maintained,” he said.