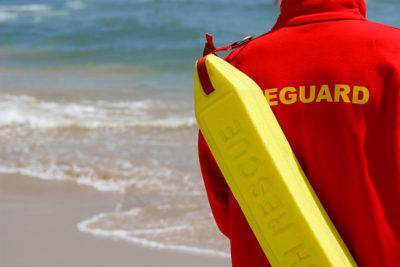 Goemkarponn desk
PANAJI: The coast saw two individuals being rescued at Zalor and Ashwem beach over the last two days. Both were caught up in rip currents.
At Zalor Beach a 62 years old lady from Russia entered into the sea with her friend. Experiencing a sudden change in the water levels, the victim found herself in danger. As she attempted to return to the shore, she was unable to swim. Her friend immediately alerted Drishti lifesaver Lavu Gaonkar for help. He rushed to her aid and secured her with a Jetski and brought her ashore. The victim was brought back safely and her vitals were checked. She was found to be out of danger.
Meanwhile a 40 years old male from Mumbai entered into the sea to have a swim at Ashwem beach and got pulled inward by a rip current. Noticing the victim struggling for help Drishti lifesavers Siddesh Bhosle and Dhako Talkar relayed a rescue call and immediately rushed to the victim’s rescue. After securing him to the rescue board and rescue tube, the duo brought him ashore. The victim was brought back safely and his vitals were checked. He was found to be out of danger.
Despite curfew being imposed in the state, the coast witnesses people venture into the sea through the day.