SP has to take action against PI Porvorim and constable: Rohan Khaunte 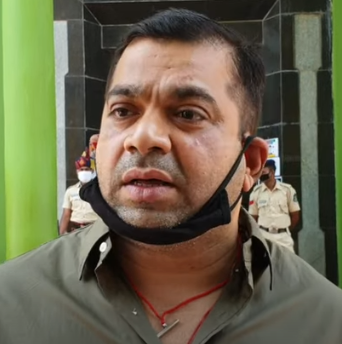 Porvorim: Independent MLA Rohan Khaunte said that the Superintendent of Police (North) has to act against Porvorim Police Inspector and a male constable who had hit the women during PWD agitation at Porvorim.

Khaunte said that if SP refuses to take any action, he will have to face the consequences as women of Porvorim have decided not to take it easy because “if this is spared today, police might hit their children.”

The MLA was reacting to the incident that happened during morcha on PWD office at Porvorim. He said that the delegation of women had arrived at District Police Headquarters to check what action has been initiated with regards to the complaint filed by them.

“Police have a bad habit of listening to their masters. I have made serious charge on SP (North) that he has been misusing his powers to please the CM and retain his chair,” Khaunte said.

“While CM is pleasing the Centre to retain his chair, SP is pleasing the CM to retain his position. He has been creating a bad precedence of charging innocent people with sections of IPC to indict them. This used to happen in Bihar, UP and those areas and same kind of system he is adopting here,” the MLA said.

Khaunte said that the action has to be initiated against PI Porvorim and the constable who had hit women during morcha, the video of which has gone viral.

When we are observing week of Elimination of Violence against Women and CM tweeting about it, Police will have to show through their action that they really want to protect interest of women, he added.

Khaunte charged that CM has been personally instructing the SP and misusing his power for his autocratic behaviour.