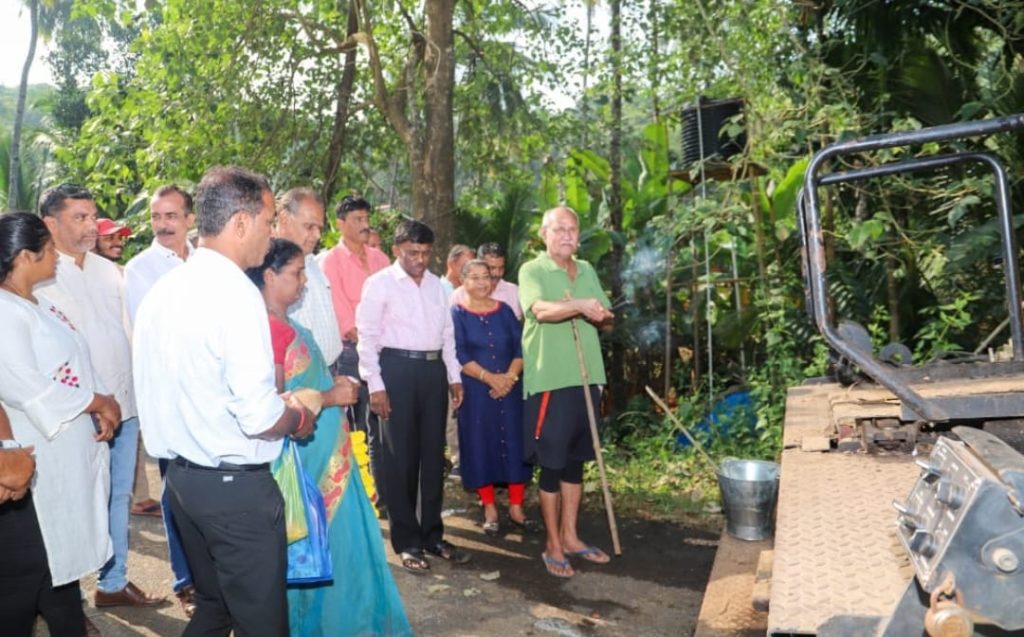 Goemkarponn desk
CANACONA – Assuring development to make ‘Shining Agonda’ a reality, Speaker and Canacona MLA Ramesh Tawadkar launched the season’s first Hotmixing of the Roads in Agonda.
Inaugurating the Hotmixing of the road at Mudkud ward of Agonda village, Tawadkar informed this is the first Hotmixing work in the entire South Goa of the new Hotmixing season. The Hot-Mix Machinery has begun operations only Today (Wednesday), and the first Hotmixing work is being carried out in Agonda ‘, Tawadkar informed.
Further stating, besides the installation of around 7 Transformers, Agonda is soon getting 64 crores worth of Underground cabling works, improvement in water supply and 24 hrs supply with the help of 2 dams in Canacona, improvement in all the village Roads, Agonda as part of Canacona Vision and Mission -2030 is heading towards Shining Agonda.
“The concept of Shining Agonda will happen in the next 2-3 years,” he said.
Earlier, the work of hot mixture of the road was started by Ramesh Tavadkar in the presence of Agonda Sarpanch Fatima Rodriguez, ward Panch Karuna Phaldessai, Panch Canisha Fernandes of Agond Panchayat, Former Sarpanch Shabha Naik Gaonkar and a large number of villagers were present.
Speaker assured to tentatively complete the concept of ‘Shining Agonda’ in the next 2-3 years.