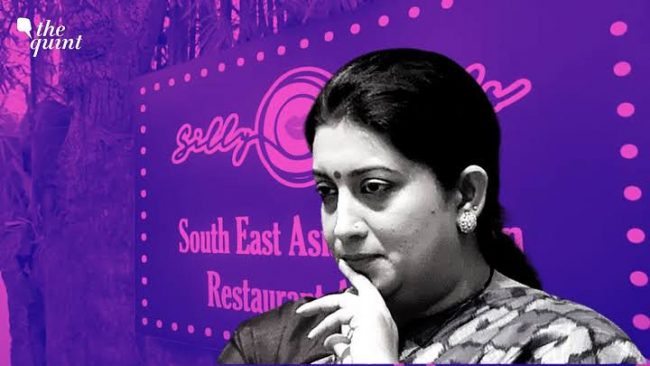 Goemkrponn desk
PANAJI: Adv. Aires Rodrigues has today alleged that officials at the Town & Country Planning department are being pressurized not to act against the illegal construction and landfilling of a tenanted field by ‘Silly Souls Café & Bar’ allegedly being run by Union Minister for Women and Child Development Smriti Irani’s family at Bhouta Vaddo in Assagao Village.
Pointing out that Chief Town Planner Rajesh Naik had on 28th July given written directions to the North Goa Senior Town Planner R.K. Pandita to inspect and take urgent necessary action in the matter, Adv. Rodrigues has stated that from the inaction over ten days, it was apparent that Mr Pandita was shying away from acting in the matter.
While the Excise Commissioner has initiated an inquiry into the complaint filed by Adv. Aires Rodrigues over the illegal liquor license issued to the restaurant with the next hearing scheduled on August 22nd, the Mapusa Block Development Officer Shivprasad Naik, after directions given by the Director Of Panchayats on 1st August, issued a notice to the Secretary of Assagao Village Panchayat to produce within seven days all documents in connection with the Silly Souls Café & Bar as it has been alleged that it has been built without obtaining the necessary permissions from the local Panchayat and other authorities.
Adv. Aires Rodrigues, by a complaint dated 20th July, had sought the intervention of the Excise Commissioner over the illegal liquor licence issued to Silly Souls Café & Bar. After the Assagao Panchayat informed that no construction licence was issued, Adv. Rodrigues, through another complaint on 26th July, sought action by the Director of Panchayats on the issue, while on 28th July, filed yet another complaint seeking the intervention of the Chief Town Planner as the now controversial Silly Souls Café & Bar was reportedly built on a tenanted field by doing landfilling in rank contravention of the law.
Adv. Rodrigues has expressed the hope that the truth in the matter would soon surface so that the guilty are made to face the rigors of law for all the gross illegalities at Silly Souls Café & Bar which have allegedly been committed with the political patronage enjoyed by BJP leader and Union Minister Smriti Irani.