Ten rescue Incidents along Coast over the Weekend 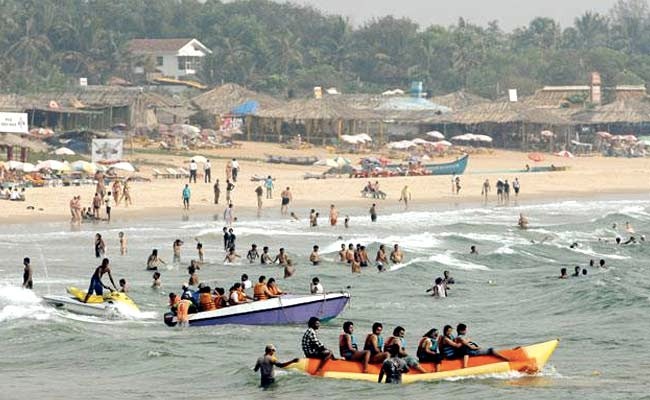 Goemkarponn desk
PANAJI: The coast of Goa witnessed seven rescues and three medical emergencies over the weekend.
Morjim saw a triple rescue, where two males and one female aged 24-32 years were rescued by Drishti lifesaver Jillu Parab who was equipped with a rescue tube. On witnessing the situation, bystander Cedwyn Menezes, who had been picnicking on the beach assisted the lifesaver. Together they brought the three victims to safety.
Thereafter there was a double rescue at Palolem river, two males aged 29 and 30 years of Hyderabad were rescued by Lifesaver Ankush Vagonkar who rushed into the water with a rescue tube and brought the duo to shore. All victims are in good condition.
There were single rescues at Betalbatim and Mandrem, where males aged 64 from Bengaluru and 27 from Delhi were rescued by lifesavers with rescue boards, respectively.
Subsequently, there were three medical emergencies wherein the victims had difficulty breathing, and oxygen had to be administered to them. All victims were immediately rushed to the ambulance and shifted to the hospital. One of the victims was a 40-year-old male from Andhra Pradesh who fell short of breath while on a boat trip at Baina. On noticing this, the boat operator immediately approached the lifesaver for help.
The state has witnessed 42 rescues so far since 1 Jan 2022.