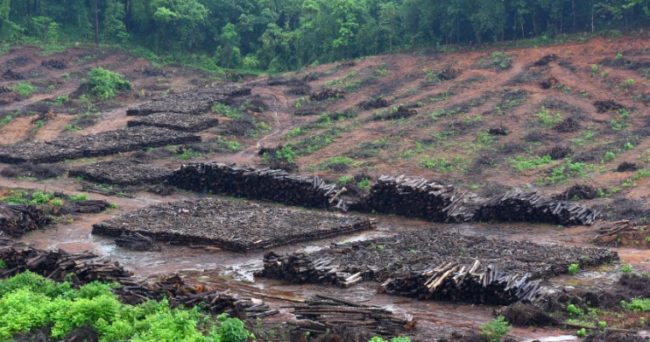 PANAJI: If there is one thing which is very close to the heart of every true Goan is the environment and the identity of the State.

However, in last one year, even during the pandemic the State has seen some biggest protests ever to save the environment. The State government in the name of development has destroyed the environment.

On the World Environment Day we take a look at the big projects which has degraded the environment only o save the economy.

In the case of three linear projects in Mollem, despite the fact that the projects “bifurcates the entire landscape” of a UNESCO-tagged “global biodiversity hotspot”, for the purpose of clearances, the mega grid has been broken down into “piecemeal, low-impact projects”, instead of assessing the project as a “cumulative” whole. The EIA report is riddled with irregularities – to cite an example, one of the projects – the expansion of the National Highway NH4A from 84 km to 153 km, for which 20,199 trees are scheduled to be felled, was approved despite the fact that of the 33 ha of land inside the Mollem National park that is to be diverted, noted the site report, only 11 ha was inspected by the forest department. 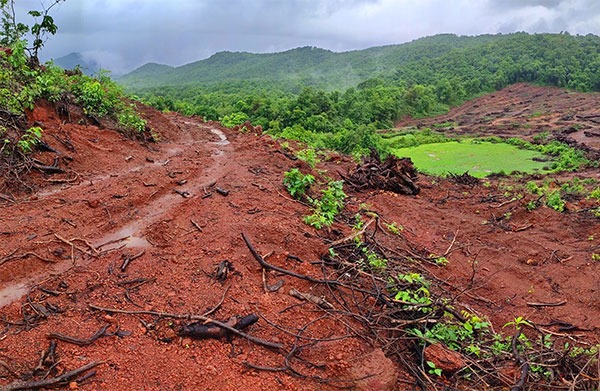 The second project is the double tracking of railway line from Castle Rock to Margao, which will again see thousands of trees being cut for the project.

The third would be the 400kV Transmission line at Sangod in Mollem, wherein already 2500 trees have been cut.

In 2020, the Supreme Court cleared the Mopa airport project which sanctioned the felling of 55,000 trees posing a risk to 42 natural springs in the area, besides two wetlands, mangroves and 10 ecologically sensitive areas notified by the Ministry of Environment, Forests and Climate Change (MoEF&CC).

Abhijeet Prabhudesai, co-founder of Rainbow Warriors, an ecological outfit that has been working to protect Goa’s forests, notes that while 55,000 is only the official number, he claims that over 200,000 trees have been axed in the area.

Amongst many other peculiarities, he also points to a “shoddy” environment impact assessment (EIA) – given that the EIA consultant for the project was the same independent engineering firm contracted to oversee the construction of the airport.

The case of three major infrastructure projects sanctioned through the Mollem National Park, followed a similar trajectory – the projects which would in effect, divert a total of 250 ha of forest land for commercial purposes, 170 ha of which falls within protected areas – were sanctioned via video conference in April this year. Several members of the Goa State Wildlife Advisory Board later in a letter to the Wildlife Warden noted the “hasty and unstructured nature of the meeting”, and also raised an alarm at the fact that the projects were proposed by the Forest Department, rather than the project proponent themselves.

Anamika Gode, an environmental lawyer, notes that “an area when notified as a protected area, brings with it immense statutory protection. Diversion of such forest land is only allowed if it will benefit the wildlife population or their habitat. While infrastructure projects have historically been allowed, citing MoEFCC guidelines that enable human-centric development in the “most exceptional of circumstances”, it must be kept in mind that these guidelines cannot, under any circumstances, circumvent the law.” 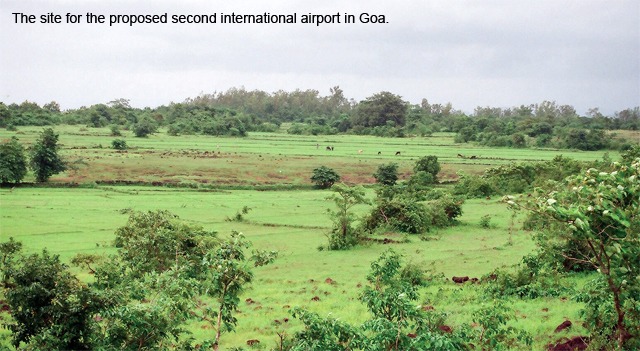 India’s forestry policy, according to the Forest Conservation Act of 1980, is oriented towards “conservation” – the law governs all diversions of forest areas for non-forest purposes – under which permissions for tree fellings are to be obtained through a rigorous set of processes – project proposals are to go through six different levels of scrutiny by officials appointed by the state and Central Boards of Forestry, based on which the project is either recommended ahead or rejected. A similar set of processes mandate wildlife clearances. The decisions are based on Environment Impact Assessment reports, which, have come under fire for sidestepping due process.

The initial EIA for the Mopa airport falsely stated that there are no forest, lakes, mountains, ecologically sensitive areas, rivers or wild flora and fauna within a radius of 15 kilometres from the airport site, and later doubled back on the same (noting four rivers, 42 reserve forests, two wetlands, mangroves and 10 ecologically sensitive areas notified by the MoEF&CC). Despite this blatant misrepresentation, the project was cleared by the SC citing “a balance of environment and development” in the Mopa judgement.

Altering the definition of a tree

When the protests against the three linear projects in Mollem were at its peak, Chief Minister Dr Pramod Sawant told the Assembly earlier this year that the projects are in national interest and would not harm the environment. Following are the answers given by the CM in the Goa Legislative Assembly in January this year on questions raised by Cortalim MLA Alina Saldanha.

Transmission Line Project = 5124 (only 1000 trees will be cut out of 5124 in Wildlife area as per written assurance given by User Agency.

As per the EIA, that will be the impact of these projects on the wildlife w.r.t. flora and fauna of the area; furnish the copy of the above report;

Dr Pramod Sawant:  In the EIA report prepared by Indian Institute of Science, Bangalore on behalf of South Western Railways, suitable mitigation measures have been proposed to minimize impact on wildlife and ensure safe passage to wild animals. However, in order to reduce accidental killing of wildlife several mitigation measures such as i) use of signage of workers /staff ii) using experience drivers iii) sensitization of train drivers iv) regulation of garbage disposal v) joint patrolling etc. are proposed Eight (8) under-passes have been proposed in the entire stretch so as to facilitate smooth movement and crossing of wild animals.

Further, on the recommendations of the Chief Wildlife Warden, Railway Authorities have been instructed to explore the option of putting gates on tunnels open through some mechanical / electronically controlled switches before train arrivals for minimizing trapping of the wild animals in tunnels. Copy of the

Environmental Impact Assessment has been carried out by the User Agency i.e. Public Works Department through M/s Aarvee Associates. The proposed project for widening of NH4A passing through Bhagwan Mahaveer National Park and Wildlife Sanctuary is planned over Viaduct to minimize the impact on flora and fauna of the sanctuary. In order to facilitate smooth crossing of wild animals, construction of three

(3) underpasses and one (1) overpass has been proposed in the project.

Whether it is true that work on doubling of the SWR track has started in bits and pieces along the alignment even though permission for the same is not yet obtained for the Protected / Eco-Sensitive areas; if so indicate the stretches / areas here work is taken up; and

Dr Pramod Sawant:  No work of Double tracking has been started in Protected Area since permission is awaited. However, in areas outside protected areas, some work has started for improvement of railway infrastructure as per existing rules and regulations in force.

The road widening envisages improvement in connectivity, to boost the economic status and social welfare of the people of the State.

The Transmission Line Project will enable more than 1200 mw power exchange between Goa and Karnataka Grid, hence increasing the current power transmission capacity and reliability. The project will also enhance stability of power for the Goa State. It will also facilitate future expansion to meet the growing energy need of the States of Goa and Karnataka boosting Government of India’s Mission “ONE NATION ONE GRID”. It will ensure grid reliability with an additional root for power transfer to State of Goa and provide uninterrupted quality power supply especially during tourism season. As the line will pass through 7 districts and 3 states (Goa, Karnataka and Chattisgarh) benefitting over 1.25 crores population and employment generation for over 10000 unskilled labourers of lower economic strata of the region. On completion of the project, we will have access for 24×7 power supplies.

Double tracking of the railway lines is a nationally important infrastructure project for strengthening the railway network and improve connectivity, which will lead to socio-economic development of the people of the State at large.