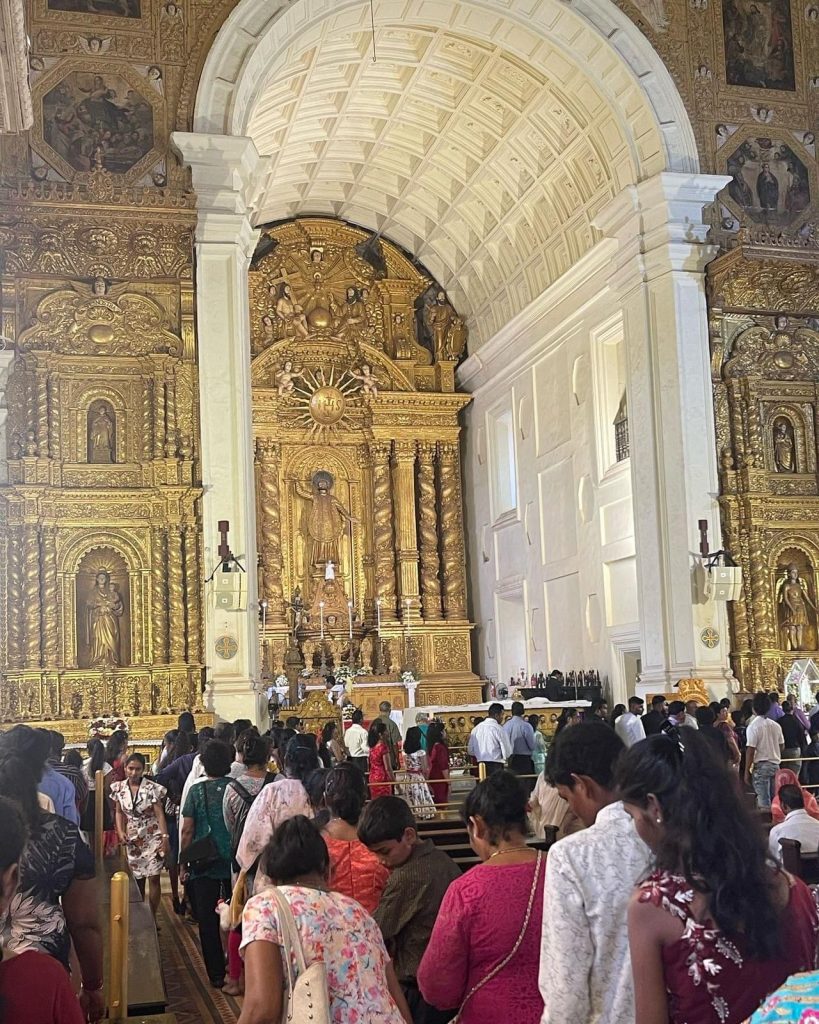 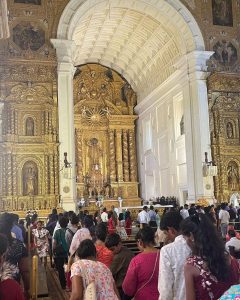 OLD GOA: Goa’s most prominent Christian festival, the Feast of St Francis Xavier, was celebrated today at the Basilica of Bom Jesus Church in Old Goa, the Rome of the east.
Apostolic Nuncio Leopoldo Girelli, who was the special guest, said that he was overjoyed to be present in this historic Basilica to celebrate the feast.
“I am informed that Goans, irrespective of caste, fondly call St Francis Xavier “Goencho Saib,” said Girelli.
He further said that Goa was like a beacon of faith in the past and that we have to be a beacon for all in India as St Francis Xavier, who was not Goan by birth but became Goan by heart.
The theme for this year is “Rooted in Christ-like St Francis Xavier, go and do likewise.” The Basilica and the intersecting roads nearby are decorated beautifully, and the entire State comes alive with festivities and merrymaking.”
People paid homage to the noted Jesuit St Francis Xavier on the day.
The missionary saint played an essential role in spreading the influence of Christianity in Portuguese India.
The festival is also known as the Goinchea Saibache (Lord of Goa) Fest. The novenas, or the nine-day period of consecutive devotional praying, began on November 24.
People thronged to the Basilica of Bom Jesus from near and far come to mark the Saint’s death anniversary.
Vendors from across the State put up their stalls during the feast.
The whole lane near the Basilica remained blocked. One can view a wide range of products right, from handmade products such as trinkets, souvenirs and jewellery to mouth-watering festival treats at the fair.
Lakhs of devotees from all around the world thronged Old Goa for the annual feast. However, no traffic issues were witnessed.