Town Centre building in Bicholim is in bad shape 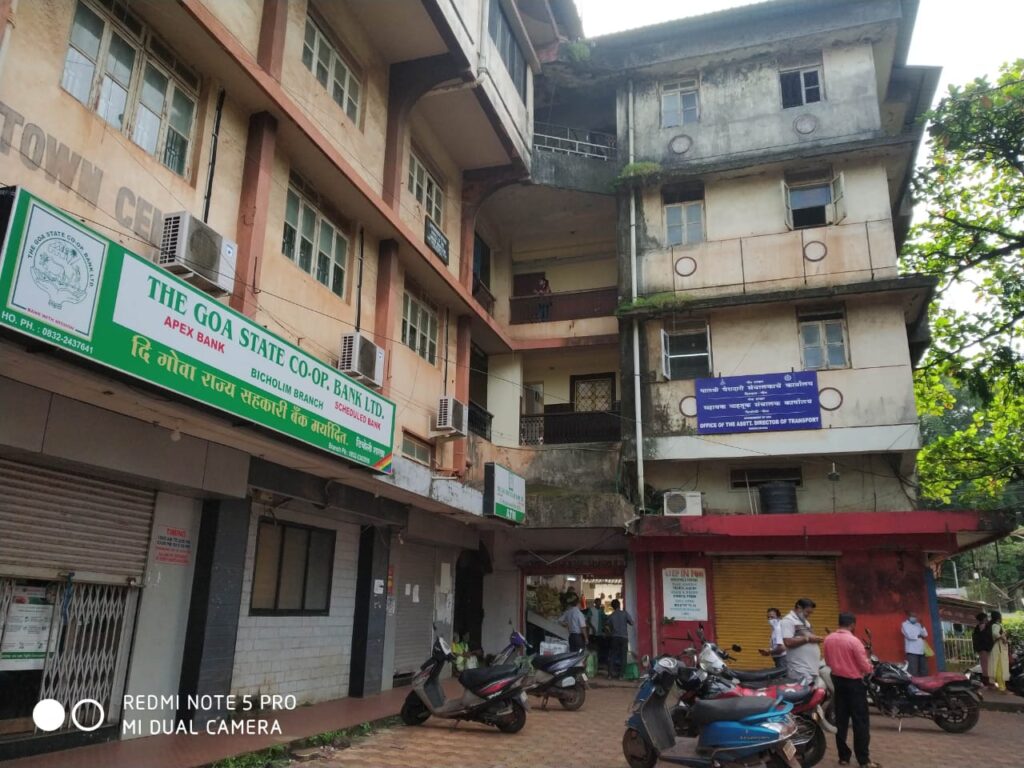 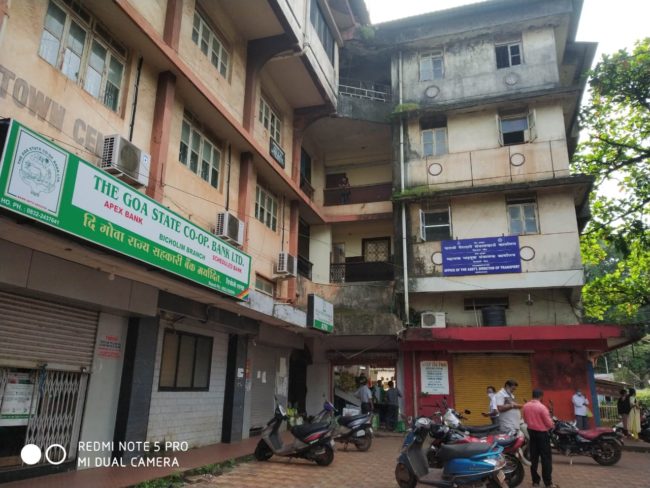 Goemkarponn desk
BICHOLIM: The Town Centre building in Bicholim is in bad shape with the locals demanding immediate repairs of the same.
The town centre building was inaugurated on 26 December 1990. The building is located in the heart of the city, with both bustling with
activities throughout the year. There are many government offices in the building, including a bank.
Town Centre building is falling into pieces with weak window panes, metal sheets and other material falling on the road.
It may be stated that the building has become dangerous with loose live wires and open meter boxes near the staircase, which are kept in a neglected state. A visitor can get electrocuted. One can also witness water dripping on these open meter boxes. Cable wires have also not been secured in place and dangle loosely from the ceiling. The ceiling of the building had also collapsed several times during the rainy season.
“This is the building of BMC, and I have a request to the BMC and the local MLA to repair the building as it is the revenue-generating source. There are many shops and few offices; the offices are now shifted only because BMC has totally ignored this building.” Former Bicholim MLA, Naresh Sawal said.
Sawal has demanded that the building should be repaired. There is a big hall on the third floor, but it has become useless as there is no lift for this building. “BMC should also install a lift so that this hall can be used for holding meetings. If no such facilities are provided, the government offices will not stay here,” he said.
He demanded immediate repair and renovation so that good revenue will come to BMC while people would get better facilities.
When contacted, the BMC Chairman, Kundan Falari accepted that the town centre building of BMC is in a bit worse shape and the repair work of the same is already taken up. “The work of repair of the building is already taken up, and we have already advertised to fill the vacant offices in the building. We are proposing to have a lift for the building soon.” Falari told. When asked whether there are any dangerous buildings, he said that he would inquire with the JE and identify the same if it is not yet done.