Truck mows down 12 cattle on NH66, buried in the dead of the night. 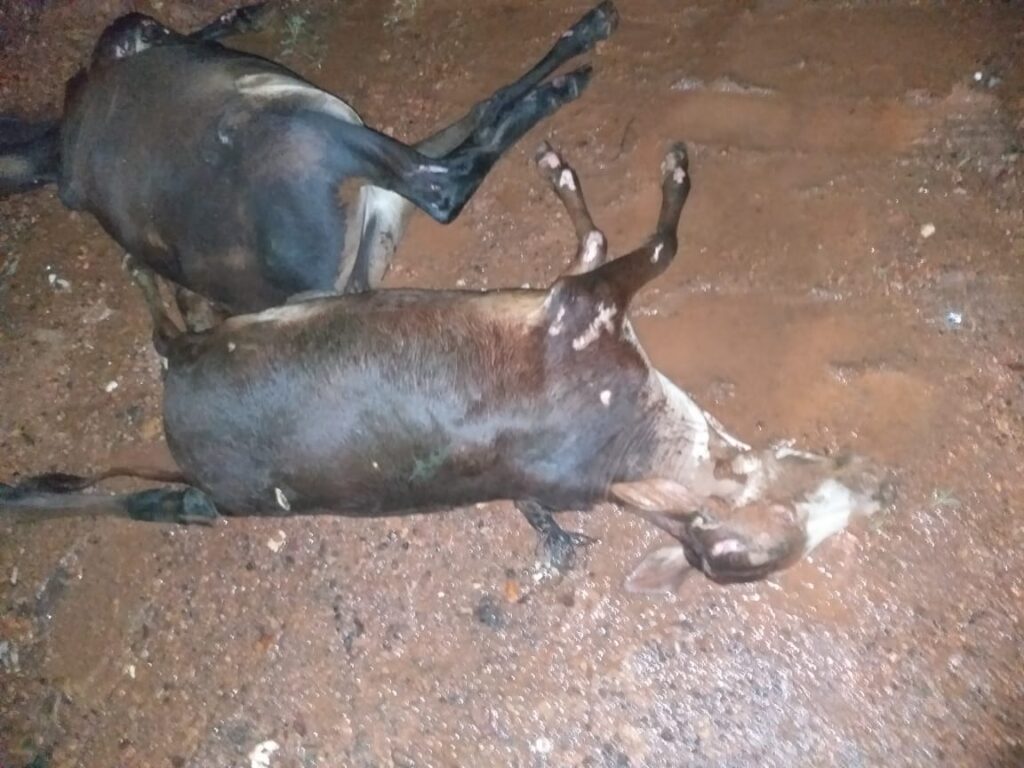 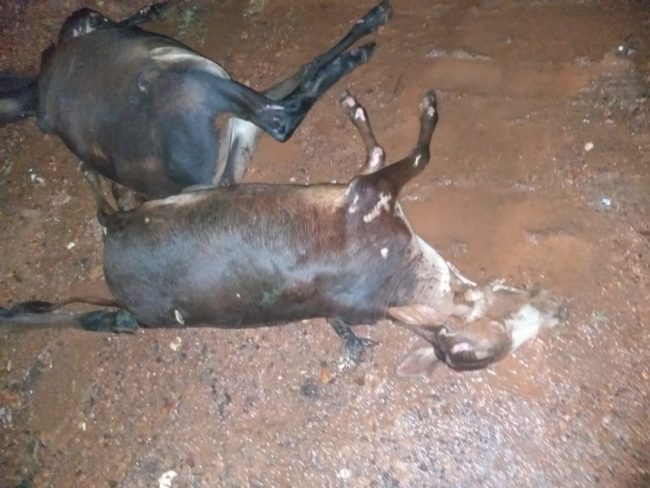 A truck proceeding from Margao towards Karwar mowed down 12 and critically injured 2 cattle squatting on the middle of the NH66 road at Gulem in Canacona in the wee hours of Tuesday.

Locals with the assistance of fire and emergency personnel cleared the road for traffic as the dead carcasses were all over the road.

Later all the dead cattle were buried with the help of an heavy earth moving machinery in the night itself sources informed.

Police informed that the driver of the truck who had fled with the vehicle after hitting the cattle was intercepted at Polem gate and stands arrested.